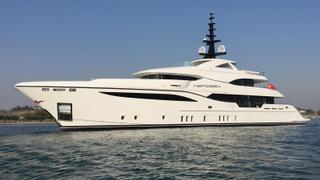 Launched in 2017, Nerissa was the first unit in the Bilgin Yachts 156 series and features interior design and general arrangement by H2 Yacht Design.

Her winter work comes after she was listed for sale with Thompson, Westwood & White in September this year.

The 45 metre Elada, meanwhile, which also features exterior and interior styling by H2 Yacht Design, was delivered in 2014 and underwent a minor refit in 2017. She has also been recently listed for sale with Ocean Independence.

The oldest of the trio, Tatiana was delivered in 2011 and features exterior and interiors by German designer Joachim Kinger. Constructed in composite, Tatiana was previously a finalist in the World Superyacht Awards 2012.