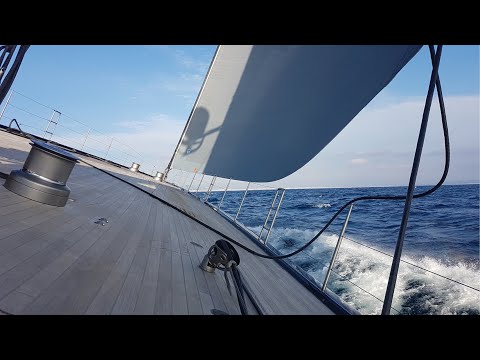 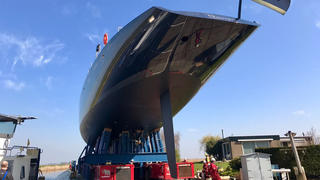 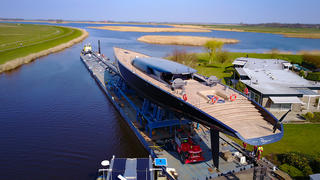 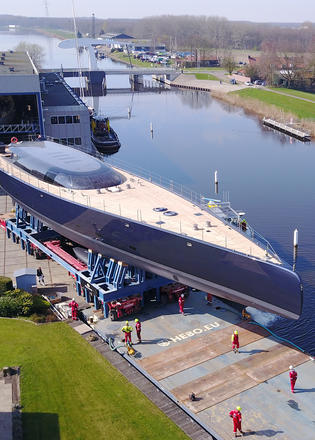 Royal Huisman has released on-board footage from the sea trials of its forthcoming 58 metre sailing superyacht Ngoni. As the video below shows, she is capable of a sharp turn of speed under sail and eagle-eyed viewers will be able to catch a few glimpses of her interior.

Launched in March at the former Holland Jachtbouw yard in Zaandam, Ngoni was designed by Dubois Naval Architects — making her one of the last projects from the legendary British studio. Currently cruising in Palma after her recent delivery, she is one of the world's largest sailing yachts.

The yard was given a clear brief from the client, which inspired the project name: “Build me a beast. Don’t build me a wolf in sheep’s clothing. This has to be an edgy and innovative weapon, fast and furious. I want to get off the wheel after a day of sailing feeling completely knackered from the excitement of hands-on fast sailing.”

The result is an ocean-going cruiser that balances innovative features with on-board luxury. Interior styling will be courtesy of Rick Baker and Paul Morgan, with accommodation split between two guest staterooms and a master apartment. This palatial suite comes with its own superyacht gym, study and steam room.

The exterior is comprised of an aluminium hull, dramatically inflected sheerline, plumb bow and sculpted superstructure. Ngoni has been designed to achieve a maximum hull speed of 17.5 knots.

Other key features include a lifting keel that will allow her draught to be reduced from 8.1 metres to 5.3 metres. To ensure minimal wind disturbance to the leading edge of her headsail, the flush deck furlers in the bow have been wind tunnel tested. Ngoni has also been fitted with a tender garage, davit crane and spa pool.

Other sailing yachts currently under development at the Dutch yard include the 56 metre Project Aquarius and the 81 metre flagship Project 400.