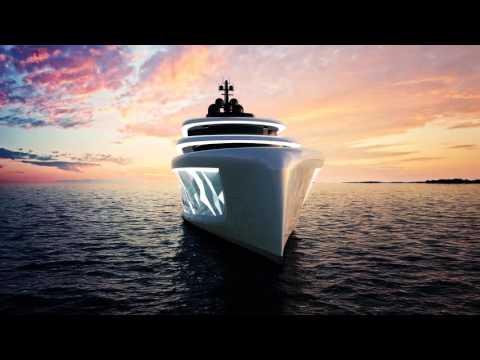 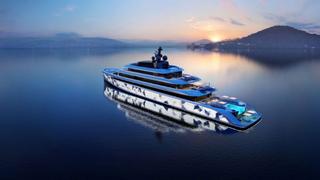 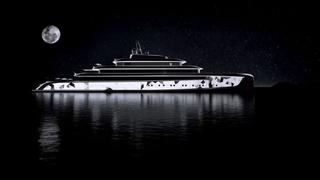 Oceanco has released a video that shows off the ground breaking hull design with its faceted illuminated panels.

Moonstone is designed with a steel hull and an aluminium superstructure and features a plumb bow. It is based on Oceanco’s existing 90 metre hull platform, with its 15 metre beam.

Temeloy Advanced Lighting Design, which designs lighting for architecture and interior design, has already worked in the world of yachts before; designing advanced lighting systems for Vava II, Riela (now Asahi) and Nahlin.

For Moonstone, the UK based Temeloy has designed 600 independent backlit triangles on the hull, which can be individually illuminated. The self sufficient lights are powered by 70 square metres of solar panelling on the yacht’s superstructure.

Notable features of Moonstone include a private owner’s deck, a generous spa and gym area, a cinema and a touch and go helicopter pad. Additional accommodation comes in the form of four double guest suites and two twin suites, which provide for a total of 14 guests.