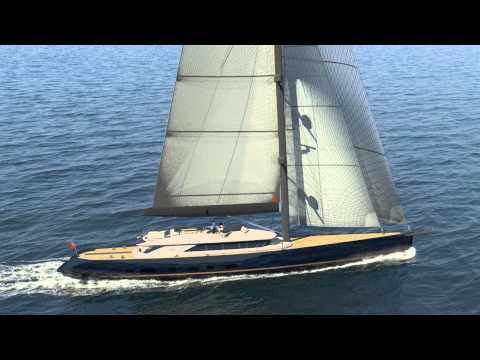 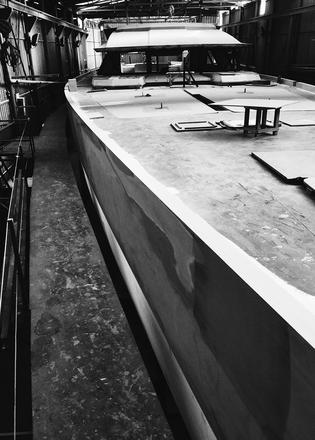 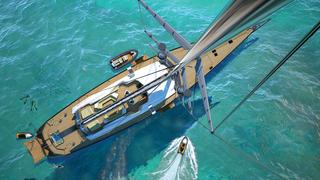 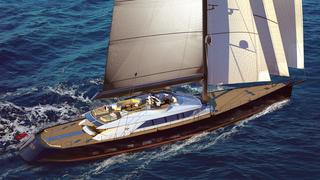 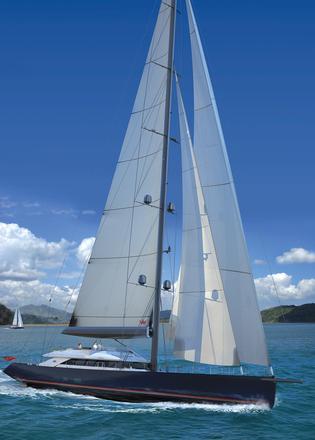 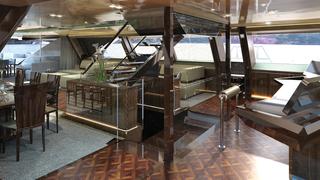 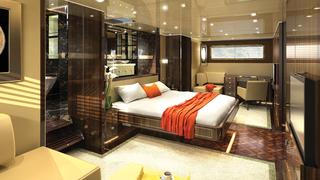 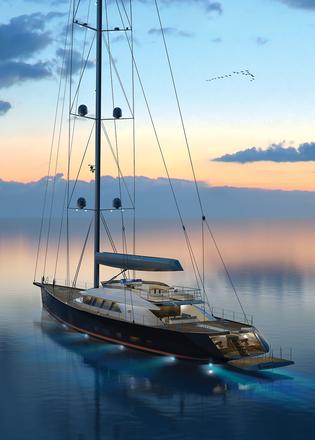 In a new video, below, Turkish builder Esenyacht gives a sneak peek at what its 50 metre sailing superyacht Project Troy will look like under sail. The video of Troy shows the flybridge yacht sailing along, previewing her graceful lines on the water after her imminent launch.

Project Troy is nearing completion and is due to be launched later this year, according to our sources at the yard. Exterior and interior styling is by Tim Saunders in collaboration with Esenyacht's in-house team, while naval architecture is by Dykstra Naval Architects.

Esenyacht released the first images of its new 50 metre Troy sailing superyacht in November 2013, revealing a flybridge sailing yacht with exterior and interior styling by Tim Saunders in collaboration with Esenyacht's in-house team, while naval architecture is by Dykstra Naval Architects.

Featuring a steel hull and composite superstructure, the in-build Project Troy is designed equally as a performance racing machine and luxury yacht for comfortable cruising, fitting well in the performance-cruiser superyacht market.

In July, Esenyacht gave us a behind the scenes look at its 50 metre sailing superyacht Project Troy under build in Turkey, as seen in the photo above. The new Esenyacht Troy, in build in Bodrum, Turkey, has a length overall of 47.25 metre, stretching to 50.25 metre including bowsprit.

Troy will accommodate 12 guests and nine crew members. Interior materials will comprise fine Italian leathers and marble sourced from Esenyacht's own quarry in central Anatolia – Esenyacht is a subsidiary of the Tursen Group, whose interests include mining.

“Esenyacht build all of the furnishing on site – they have a separate division that deals with this called Esenyacht Furniture,” said David Seal. “Much of the cabinetry [of Troy] is, in fact, already completed and is being prepared to be fitted.

“It is a similar story with the mast, Esenyacht formed a separate company called Esenyacht Composites to make the 63 metre carbon fibre mast. This shall be the largest carbon fibre mast ever to be built in Turkey, and this too is close to completion.”

At the Cannes show last year, Esenyacht introduced its augmented reality app that reinvents the superyacht rendering and provides a unique way to take a tour through the in build sailing yacht Troy.

Esenyacht also has a very different 50 metre in build, with its new motor yacht Taurus.