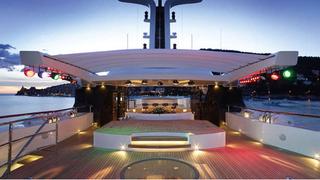 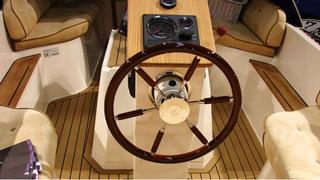 Teak has been an inherent part of ship and yacht building since the 16th century. For early shipbuilders, the attraction was its strength, durability, and when building warships, its resistance to cannonballs.

As yacht building developed, its virtues became even more apparent: it is one of the strongest and most durable of woods, and has a straight grain with few knots. Left in the raw with no varnish or paint, teak still shines. Maintained to a high degree, teak decks are kind to feet, grippy when wet, and have warmth and sympathy.

In many parts of a yacht, teak has been replaced by mahogany and Iroko (also known as ‘African Teak’, although each wood has nothing in common) but it remains the material of choice for decking. However, supplies are becoming increasingly difficult to source and in some places, harvesting is causing environmental damage.

Teak trees take a long time to grow to maturity and some types are on the list of threatened species. Many trees are harvested when they are between 40 and 60 years old to get a return on the investment, and this means that the wood is soft and not available in the long lengths that are best for deck planking.

Much of the modern supply of teak comes from specially planted forests, which may be acceptable environmentally, but the quality of the wood is not up to the standards of the long-growing natural trees.

So many yacht builders find themselves with a dilemma. They want to move towards environmentally friendly materials but they also want to offer their clients the highest possible standards of material and workmanship. Finding suitable wood for deck planking is becoming difficult and expensive.

There have been alternatives, mainly in the form of sheets of simulated wood finishes, but they lack the lustre and depth of teak, and while virtually every other aspect of yacht construction has changed to accommodate advanced materials, such as composite hulls and carbon fibre masts, there has not, until now, perhaps, been a suitable substitute for teak decks.

However, manufacturers are rising to the challenge. One solution is to find an alternative wood whose characteristics mimic those of teak in terms of colour, texture and durability. Another is to use new materials based on composites and plastics that can replicate the teak.

Treadmaster, a deck covering company based in the UK, has developed Atlanteak, a flexible film or sheet material that has a teak-like finish.

One form of Atlanteak is made from thermoplastic sheeting that has a teak planking finish and another is based on the same cork and rubber composition used for the Treadmaster non-slip deck finish.

Both can be purchased in sheets or produced to templates supplied by the customer, and come complete with simulated caulking seams.