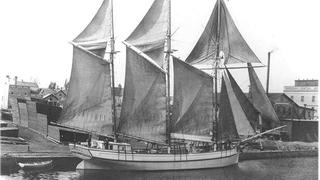 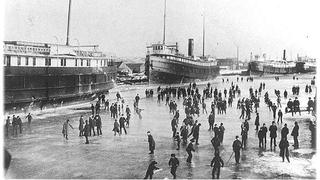 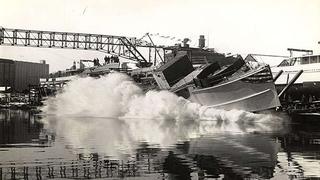 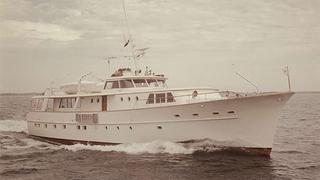 Born during the American Civil war, Burger has retained its reputation for freshness and innovation through the years. The Burger Boat Company began life in Manitowoc, Wisconsin in 1863, during the American Civil War. While it has changed ownerships, the company retains the name of the founding family that contributed numerous innovations to the maritime world and hundreds of craft for practically every possible use.

A museum, archived files and craft of all kinds scattered around the world – all help keep the shipyard’s rich history alive. Fans also do. A sailboat built in 1914 as Ranger, perhaps the oldest Burger still around, sank off Panama in 2006. Funding from private sources raised and rebuilt her and she has been renamed – appropriately – Sea Phoenix.

Ranger’s original builder was the great nephew of the company’s founder Henry B Burger, an industrious young man born in Germany in 1839. Young Henry started out by building Mackinaws, ubiquitous fishing craft on the upper Great Lakes. Described as ‘alert, energetic and far-seeing’, he set his sights on larger vessels.

Lake Michigan was (and still is) an essential part of life in Manitowoc. In those days, schooners brought supplies from urban centres and picked up local goods. Henry B, an excellent craftsman, established his reputation by building several of these schooners, including The City of Manitowoc, launched in 1872. That same year he merged with another builder. The new company, Greene-Rand & Burger, went on to build 30 schooners, barges, tugs and steamers combined.

In 1887, Henry bought a large dry dock and took another partner, his nephew George B. Burger & Burger built more commercial vessels. After a 40-year career, Henry’s company was a good catch for the Manitowoc Drydock Company.

Henry Burger, Jr, (George’s son) continued the family legacy. In 1892, he opened another shipyard, location of the current Burger facility. In 1907, he launched the 13.4-metre canoe-stern Lady Isabel (ex-Swastika), and in 1914 he delivered the 20.4-metre schooner Ranger. His four children succeeded him in 1914. A year later, they incorporated Burger Boat Company.

Henry C, one of three brothers, was president of the company until 1959. Despite two world wars and the Great Depression, it thrived. In 1929, Burger launched its largest yacht yet, the 33-metre Tannis and a 20-knot, 19.8-metre wooden boat. In 1938, it launched America’s first welded-steel yacht, the 24.7-metre Philip Rhodes-designed Tamaris. In 1956, it built an 11-metre aluminum sailing yacht for Reynolds Metal. A year later came Dyna, the first all-welded aluminum yacht; it sealed the reputation of Henry C as an innovator.

His son Henry E, who took over the yard in 1959, steered the company through nearly three decades of continued growth. The 1980s saw the launch of 35 yachts, many with a Hargrave design. A staggering 47 per cent of yachts 24 metres and longer built during that decade were Burgers. Their names read like the who’s who of yachting: Silver Cloud, Northlander, Mayan Queen and many more.

An ailing Henry E sought a successor to run the business. John McMillan, building a 26-metre Burger, seemed like a fitting candidate. After buying Burger in 1986, McMillan sold the company to a division of Tacoma Boat Building Company in 1989. The timing could not have been worse. The luxury tax signed into law in November 1989 shook the luxury sector to its core. One chilly 1990 November day, Burger’s management received a fax notifying them that the company would close at the end of the last shift that day. The yard was shuttered for more than two years until two successful entrepreneurs from Chicago, Jim Ruffolo – Burger’s current president and CEO – and David Ross saw a jewel in the padlocked yard. ‘I grew up in Wisconsin and knew of Burger since I was a child,’ Ruffolo says. ‘To have an opportunity to be a caretaker of Burger was wonderful.’

Substantial investments into a 5,600 square metre building hall allowed the shipyard to increase its capacity. Since 1992, Burger has built and launched 36 vessels. Among fine custom-built yachts are the flagship 46.6 metre_ Ingot_ (pictured below) and award-winning 43.9 metre Mirgab V (now Maghreb V).

When new yacht orders became scarcer around the world, Burger returned to its commercial roots building, among others, a passenger boat for Chicago and two research vessels for the Wisconsin Department of Natural Resources. These vessels, built to today’s EPA and USCG standards, are demanding builds.

Far from being a traditional yard stuck in the past, Burger has shown innovation and the ability to re-invent itself, time and again, sure ingredients for its extraordinary longevity.