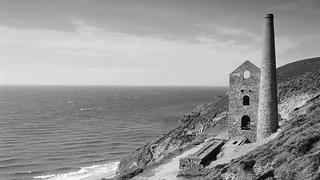 When comparing diesel engines, too often the rating is simply given as horsepower, or hp, but more is needed to fully evaluate one engine against another to determine what we’re getting for our money. There’s also shaft horsepower and brake horsepower, in both Imperial and metric units, their equivalents in kilowatts rather than horsepower to consider.

We owe the concept of horsepower to a Scotsman, James Watt, who sought to market his steam engine to Cornish miners in the 18th Century.

The miners used horses to power the pumps that drained mines, so Watt faced the challenge of determining how many horses could be replaced by one of his engines. A unit of measure was needed, and Watt coined ‘horsepower’.

Watt carried out experiments to determine how much work a Cornish horse could do and found that, on a continual basis, they could lift 330 pounds of water an average of 100 feet each minute. Multiplying 330 times 100, Watt set his ‘horsepower’ at 33,000 foot-pounds/minute.

This number still stands today, officially sanctioned by the Society of Automotive Engineers as the standard value of one SAE (or English) horsepower.

Thus it was until someone saw fit to immortalise James Watt by naming a unit of energy in his honour. The ‘watt’ was born, and quickly became the standard for rating the energy consumption of everything from light bulbs to microwave ovens. Along the way, the watt was also adopted for rating diesel engines, but as a single watt is so small, the term kilowatt was adopted (one kW is equivalent to 1,000 watts). SAE established an equivalence, setting one horsepower as equal to 745.7 watts, or 0.7457 kilowatts. As an example, a 1,000hp (SAE) engine has a power output of 745.7kW.

This was all done prior to the formalisation of the metric system and its adoption as the official system of measurement by many of the world’s countries. When that occurred, feet were converted to metres, and pounds to grams. The conversion of horsepower didn’t result in a nice round number, so unlike SAE and the conversion to watts, the metric officials established a new value that was close, but not truly equivalent.

They decided that one metric horsepower would be defined as 4,500 kilogram-metres/minute. That converts to 32,549 foot-pounds/minute, meaning an SAE horsepower is slightly more powerful, by 1.4%, than a metric horsepower. A 1,000hp (SAE) rating would thus be equivalent to a rating of 1,014 metric horsepower (mhp) for the same engine.