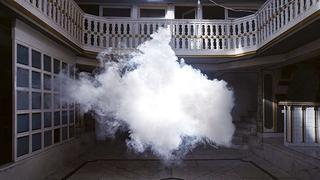 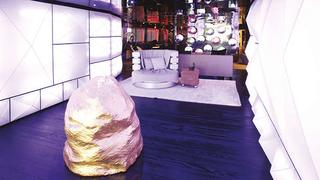 Enhancing atmosphere - transforming space on board superyachts with technology

The lights dim, the dining room is hushed, a chill fills the air and suddenly, hovering above the table and its stunned guests is a wispy, billowing cloud. Not a hologram, not a prop, but a real nimbus cloud. The guests sit for a moment, transfixed in their chairs before reaching for their phones and cameras to capture the anomaly. Is it a ghost? An apparition? Before long the cloud dissipates, leaving the guests to their coffee and dessert in animated commentary.

Dutch artist Berndnaut Smilde is the man behind such interior space cloud formations (pictured above). He creates them using a special technique: spraying tiny cold-water droplets into the air, then setting off a fog machine. The fog mixes with the moisture and creates a cloud that will last on its own in an interior space for several seconds.

The dining room scenario above is not reality – just yet – on a yacht, mostly because the location of Smilde’s creations must be cool and damp to create the perfect atmosphere for the water droplets to form and retain its cloud shape. However, it is likely that developments mean it could be recreated aboard yachts in the near future.

Such is the beauty of audio-visual technology – the sky is literally the limit when it comes to enhancing the overall entertainment experience on board and changing the feel of a space. While traditional audio-visual refers to onboard sound systems, televisions and cinemas, today audio-visual extends into the world of fantasy, art and sometimes ceases to be a conduit and becomes the entertainment itself. Year upon year, as mainstream technology progresses, so does onboard technology – and the options that go with it.

No area of a yacht’s structure is off limits when it comes to visual entertainment and onboard lighting tends to be the first area of emphasis for owners looking for the ‘wow’ factor.

While the basic technology behind lighting has not changed significantly in recent years, the attitude toward its role has. Lighting is now a vital element of audio-visual technology because it serves to customise the boat, lending to it a particular feel and personality that can change throughout the day and into the night.

The once common scenario of a harbour full of dark yachts alive with sounds of people on board is no longer the norm. Masts of motor or sailing yachts can be illuminated, as can the boat itself, the water beneath it, its pool or spa pool. This creates an exterior mood that suits the onboard event. Link the lighting with the sound system and the boat’s atmosphere is instantly transformed.

Lighting alone can also radically affect the interior of a yacht. One of the most notable examples is Sea Force One (pictured above). Each space aboard this 53.8m motor yacht was designed and outfitted to present a different mood – with the owner aiming to create a vessel that feels alive. ‘Every other boat is just a collection of books, couches, chairs,’ the owner says. ‘Why shouldn’t she have her own biorhythms? So she’s a temptress at 2 am, a princess at 6 am…’

Aboard Sea Force One, while the main deck is dimly lit with dark colours and furnishings – ‘it is introspective, intimate’ says the owner – the upper deck by contrast features a 20,000 watt sound system, as well as many of the 40,000 LEDs and 1,000 spotlights used throughout the boat.