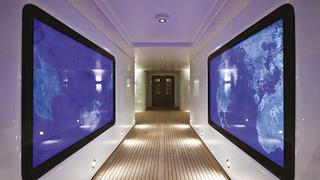 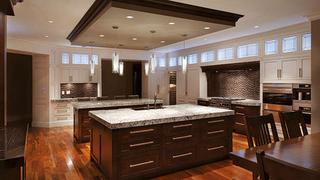 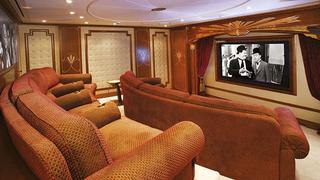 How residential designers bring a fresh perspective to superyacht interiors

The world of interior superyacht design is and has been largely dominated by a small specialised group of yacht stylists, interior designers and architects. Yet every so often a yacht is launched that makes its way into coffee table books and design magazines – its interior by a designer better known for residential and commercial design. Is the transition between the two genres of residential and yacht design as easy, or as difficult, as one might claim? Must designers approach projects for the two with different mindsets?

‘Design is an issue of proportion, balance and scale, as well as the function of the space,’ says Jim Harris of JW Harris, a residential design firm in Scottsdale, Arizona. ‘The client’s vision is what you approach and solve [in either case]. However, the vessel moves! There are issues of balance, stability, and sea-fastening, as well as what is not visible for the safety and security issues.’

‘When designing for a yacht, space is your number one concern,’ says Aileen Rodriguez. She has been designing high-end residential and yacht interiors since 1996 and says she takes a different approach with a yacht project.

Residential and yacht designer Tom Bakker says, ‘The technical challenge and complexity of yacht interior design and construction is greater than in residential projects. In addition, yacht systems can be more complicated than in homes, so the architectural interior needs to accommodate all these equipment elements. Spaces where architecture and cabinetry meet compound curves of the hull on the lower decks pose a challenge.’

True, unless the designer is working for a client who wants to embrace the raw surfaces (as some owners of carbon-fibre sailing yachts have done) or the base structure, (as some owners of classic yachts have demanded) yacht designs of the modern era have gone to extreme measures to make the inside of a boat look like anything but. Only smaller. In fact, a project coordinator for a European production boatyard actually offered this advice to a horrified US designer: ‘Just draw everything you want in the room and scale it seven-eighths size.’

‘What [remains] the same is the human interaction distances, space between sofas, the size of dining tables, the room needed in the main guest areas,’ says Rodney Black of Rodney Black Design Studios in the UK. He designed the interior of 68 metre Feadship Lady Christine. ‘These distances can be reduced to heighten the feeling of excitement, but for a boat like Lady Christine, interpersonal spaces were the same as a large house.’

Black, a residential designer, contends that the main differences in the approach between residential and yacht design have to do with the limitations on headroom, the requirement for more services and the nature of the relationship between the interior and the exterior. ‘With a house, the interior space is considered in relationship to a garden or landscape. With a boat, there is no constant relationship. The view can change from a clear horizon to a marina berth with other boats in close proximity.

‘Boat interiors are also more detail intensive,’ Black continues. ‘We create a world that makes the boat a cultural universe in its own right. Houses have the privilege of living off the cultural heritage of their surroundings. Boats do not.’ Rodriguez agrees and says that space limitations encourage designers to compensate with special finishes and luxe items. ‘In a residential project the expense of these finishes would limit them to areas such as the entry way or kitchen or bathroom,’ she says. ‘There is a difference in the way a yacht is finished on the inside. There is nothing left for paint: the surfaces are wood, stone or covered in a speciality finish or upholstered silk padding.’