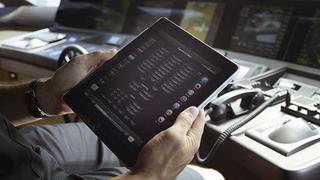 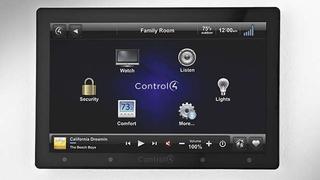 How to control a superyacht with your iPad

It wasn’t all that long ago that, to change channel on your TV, you actually had to get off the sofa, walk over to the set (that’s what they were called in those days – TV ‘sets’) and press a button or twiddle a knob. You may even have had to thump the top of the telly a couple of times or fiddle with the aerial (which was on top of the TV) to get a better picture. Then, when it got dark, you were forced off the sofa once again to draw the curtains and turn on the lights. Frankly, it was all a huge inconvenience (although, to be fair, there were only three TV channels back then).

Fast-forward 30 years and things are very different. For a start, there are now hundreds of TV channels to choose from, and the way we control the entertainment systems has also changed massively. First we had hard-wired remote controls that trailed wires across your living room, then we had infrared remote controls for the TV, the VHS, the satellite decoder and the CD player. By the early ’90s our houses were awash with remote controllers (and, of course, you could always find every single one of them – except the one you actually wanted).

And all this technology moved onto our boats as well, meaning that the average superyacht often came with dozens of remote controllers to orchestrate entertainment systems in each of the cabins, public areas and the crew quarters. Meanwhile, domotics (the use of wired and wireless protocols to control domestic systems and appliances) was making significant steps forward in the domestic markets, with X10 and higher-bandwidth systems enabling users to control almost any electrical device within the home.

Crestron, one of the major players in the world of superyacht control systems, started out in the domestic market.

‘When Crestron first started, around 40 years ago, there was no such thing as a TV remote control,’ explains Robin van Meeuwen, vice-president of sales and marketing for Crestron International, ‘so we were making remote controls for garage doors. The company then made a major step forward by supplying wired-in remote controls for slide projectors and lighting dimming equipment.

‘Then came a very basic electroluminescent touchscreen, which controlled the slide projector, controlled the screen coming down, and although nowadays this seems like the Stone Age, at the time it was very high-tech indeed.

‘When I joined the company 15 years ago we were selling 10-inch touch panels for which we charged around $20,000, and we couldn’t make them fast enough. They were all used in the presentation environment and about 10 years ago, all the chief executives and managing directors using this equipment in their meeting rooms decided they wanted similar control systems in their homes.

‘Because they had 10 remote controls around the house for all their entertainment systems, they could see the benefit of having a single integrated controller. At the same time those high-net-worth individuals, using our products at work and in their homes, started taking it to their yachts.’