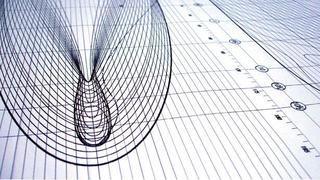 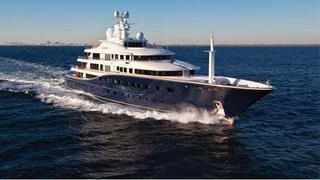 As technology replaces French curves, engineering consultancies take on technical briefs and a new breed of stylists emerge, the humble naval architect has seemingly been relegated to a background role. But look a little deeper and one thing is clear  the architect still plays the central role in modern yacht design.

Like other industries the superyacht sector evolves almost continuously. This is driven partly by new entrants arriving on the scene and, particularly when times get tough, by the need for yards and suppliers to look at new ways of becoming more efficient and responsive both to their customers requirements and the demands of the wider world.

Even the ways in which superyachts are designed has changed, most notably with the increasing divergence of the artistic side of yacht design  styling  from the technical discipline of naval architecture. Many design houses continue to combine the two, but there are increasing numbers of talented and exciting stylists coming into the sector who are happy to create the concepts that capture the imagination of the owners, while leaving the physical realisation of their ideas to others with the specific skills.

Of course, the implication is that the naval architect  who used to hold sway over the entirety of a project  has become a slave to the whims of stylists who may not even have a background in yachting or marine engineering.

While every yacht project is a combined and coordinated effort involving many different professions and trades, there must still be a naval architect somewhere near the centre of the circle.

In the classic definition, the naval architect is a formally trained professional who is responsible for the completed yacht floating on her lines and running smoothly, efficiently and safely through the sea, and who holds responsibility for at least the underwater hull shape. In the absence of a stylist, they may undertake the design of the topsides and superstructure as well. In either case, the naval architect is also responsible for the internal structure both above and below the waterline.

The naval architect is often trained as a marine engineer as well, meaning he or she can take on the added role of overseeing the propulsion, electrical and mechanical aspects of the yachts design.

Starting off on the right foot is a critical step in assuring the success of the project, and its an obligation of both the architect and the client. The architect must try to fulfil the dream of the client, but the client must understand that some dreams can easily morph into nightmares, particularly if they are unreasonable or ill-defined at the outset.

Successful projects start with a reasonable concept based on sound principles of design and a good understanding of the sea, not from a quick sketch based on a whim. No matter how good that idea may have sounded after a few drinks at the yacht club bar, there is a reason that cocktail napkins dont come pre-printed with title blocks.

Clients more often than not show up at the architects studio with what is simply referred to as the file. It is usually a big envelope of sketches, magazine articles, photos of existing yachts and plans from other architects, designers, stylists and builders.

Theres always a base boat brought by the owner, says Ron Holland, who heads an Ireland-based design studio working on sail and motor yachts.

Something I learnt long ago is that every client is different, says Jay Miner, head of design for US yard Delta Marine. They are driven by different priorities and respond to different approaches. Once you understand what those priorities are, you can better serve the client as well as yourself.