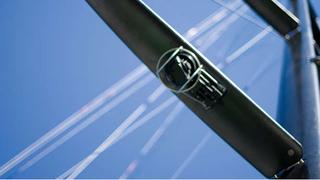 While composite rigging is rapidly establishing itself as the norm in the grand prix race world, in superyachts it is still a fledgling business. However, in recent years, a number of superyachts have refitted from Nitronic rod rigging to enjoy the benefits of lighter composite alternatives, while composite is rapidly becoming the norm for new-build superyachts. A bewildering array of options is beginning to appear on the market, each claiming to be superior in one respect or another.

Designers and manufacturers have drawn a great deal of confidence from seeing boats travel successfully around the world in challenging events such as the Volvo Ocean Race and the Vendée Globe, with competitors using modern composite fibres such as Kevlar, Dyneema, PBO, and more recently carbon fibre, in rigging and sailcloth. In 2010’s America’s Cup, Alinghi’s catamaran and the winning trimaran of BMW Oracle Racing used both carbon and PBO rigging in their ground-breaking quest for maximum strength and minimum weight.

As the racing world continues to provide the test bed for new rigging options, so the superyacht world is becoming increasingly comfortable with following in its wake. Phil Anniss of Future Fibres says that new projects, such as the Dykstra 60m Hetairos and the 66m Dubois design currently in build, would not be possible without the use of composite rigging.

‘The size of rigs being built on boats today are so big, you probably wouldn’t be able to use rod rigging because the weight would be prohibitive,’ Anniss explains. ‘Composite rigging is approximately 30 per cent of the weight of Nitronic rod rigging, which means you can make savings throughout the boat, for example, reducing the weight of the bulb in the keel.’

Navtec supplies a wide range of rigging choices to nearly all sectors of the market. For example, the company has supplied the rigging to the French giant trimaran, Banque Populaire 5, which recently set a new transatlantic record. Robbie Sargent, superyacht rigging product manager of Lewmar Navtec, is beginning to see strong uptake of composite rigging in the superyacht markets.

‘Some superyachts would still be using rod rigging, but the majority of newer ones are now beginning to use composite,’ he says. ‘However, for more cost-conscious projects that are still seeking the weight-saving benefits of composite, Kevlar is an attractive option.’

Navtec has just supplied a set of Kevlar rigging for a large multihull, Hemisphere, at Port Pendennis in Cornwall. Although the Kevlar is thicker than the rod rigging it is replacing, generating more windage, Sargent points out that any additional drag is more than compensated by the significant weight saving.

However, to be able to match rod rigging for windage and reduce the weight even further, PBO and carbon fibre are the premium options. After initial scepticism, PBO has gained acceptance as a lightweight and reliable alternative to Nitronic rod over the past 13 years. And just as PBO has earned its reputation for robustness and reliability after millions of hard miles in the racing world, carbon is beginning to follow the same path.