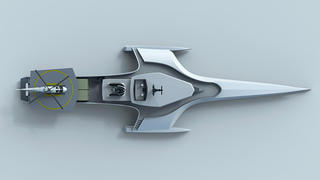 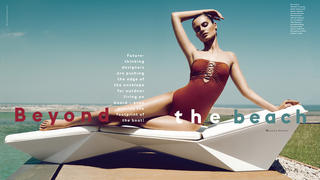 Will tomorrow's yachts be about making a statement or solving a problem?

Nothing is as sure as change, but the pace with which life and lifestyles are changing so radically has shattered the normal exercise of discovering, evaluating and exploiting a trend; thank social media and global travel that’s becoming as common as crossing the street for the acceleration of pace.

What’s even more exciting —or confounding, depending on how you look at it — is that it’s not just one trend; designers, yacht owners and potential yacht owners are chasing many ideas and inspirations simultaneously. To borrow a line from a song — it’s everything all the time.

Lifestyle change may look like chaos theory at the moment but, in fact, it’s that very upwelling of technology that lets people dabble in a slate of interests all at once. When I was young, everyone waited for Paris and New York to issue an annual dictum on hemlines, hat fashions, suitcoat lapels and number of buttons. That kind of lock-step trend following is well dead and buried.

Technology in terms of computing power is doubling every two years; it is the biggest force, the biggest disruptor if you will, on our life. While a few years ago technology was the elephant in the room now technology is literally getting out of the way, we have demanded that it communicates to us on our terms, but we are just learning to ask the right questions. Instead of obvious shiny screens, sensors are taking the place of buttons and interfaces. AI will become an increasing part of our daily life.

Energy is changing our options, too. When solar panels reliably deliver 40 per cent electricity generation instead of 20 per cent, when graphene paint allows the entire surface of a yacht to generate power, when batteries compete with the energy density of diesel fuel, when hydrogen fuel cells mean that the only byproducts of powering a yachts are water and oxygen, when hologram technology allows your yacht to have virtual rooms, how will yachts change?

In Futureyachts, we explore influences and talk with influencers and disruptors from all walks of design. We push the boundaries and tackle barriers, but preserve the fundamental dictum that a boat must float (except for when it flies or dives). We delve into the murky waters of the what ifs? How will the design and build community adapt and prosper in the future? We know what “now” looks like, but what's next? And why? That’s what we will explore in Futureyachts.

Due to be published on April 27, 2017 — Futureyachts will be available directly from the Boat International Media estore.