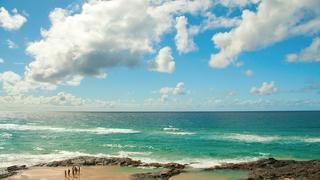 Chartering a superyacht in Australia is set to become easier as the government looks to change regulations on foreign flagged yachts.

The Australian government is now issuing temporary superyacht charter licenses for non-Australian vessels as part of the Coastal Trading Act 2012. The move has come partly as the result of intense lobbying over the past 12 months by industry organisation Superyacht Australia.

It is hoped Coastal Trading Act 2012 could be amended to smooth the licensing process even further and that this could happen by the end of winter season in Australia.

Superyacht Australia CEO M Edwards said: “We developed a working group of industry stakeholders to work alongside government to address this key issue.

“Those in the working group have met with Australian government officials on several occasions to ensure the current temporary licensing system will work for foreign flagged superyachts wishing to charter here and more importantly will ensure a warm Australian welcome to these visiting luxury yachts.”

Australia’s neighbour New Zealand celebrated a rise in the number of superyacht visits last year, with a 54 per cent increase on the previous season. Regulation changes that allow superyachts to stay for up to 24 months with some chartering were credited for the increase.

Australia’s temporary superyacht charter license will allow for 12 months of cruising in Australian waters as well as providing crew with visas for the same time frame. The licence fee is $400 and it will need to be obtained one-month before arrival, or four months in advanced for those wishing to discover the Great Barrier Reef.

Under the temporary licence it will also be possible for superyachts to be refitted or repaired while in Australia without being subject to full importation rules.

“Superyacht Australia is ensuring their member agents are fully au fait with this temporary licence process and the Superyacht Australia members offering refit and repair facilities have also been fully informed as to how it works,” a spokesman added.

Into the deep  a dive charter in Australia