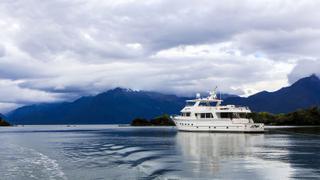 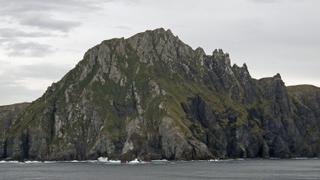 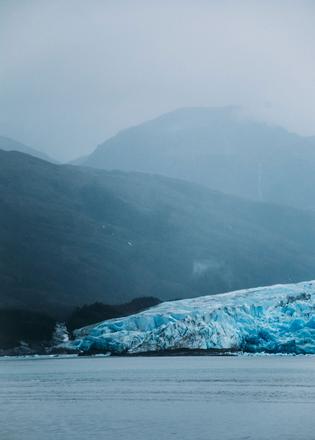 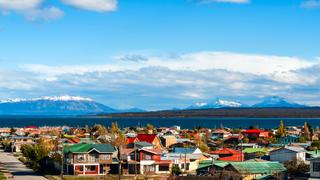 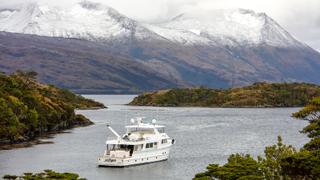 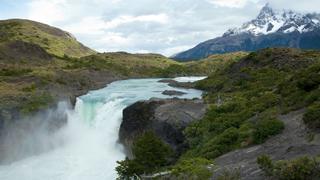 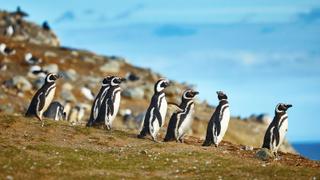 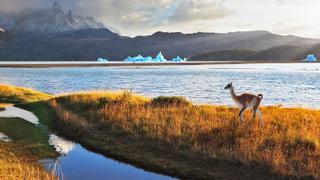 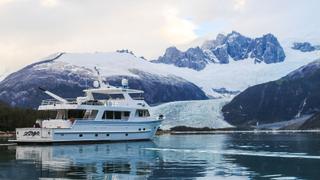 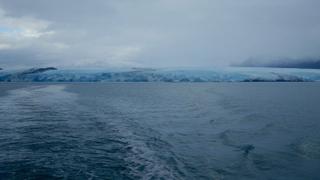 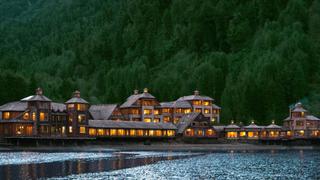 With barren seascapes and wild weather patterns, only the courageous get to enjoy the raw natural beauty of Chilean Patagonia. Risa Merl joinsArgoto discover a land where wilderness still rules

You could be forgiven for thinking Chile is merely a narrow piece of land, growing skinnier as it nears Cape Horn and playing footsie with Argentina’s southern borders. But look closely at a map and you’ll see green and blue speckles, seemingly placed as randomly as in a Jackson Pollock painting.

This slender country has more islands and even less land than you might think. This is especially true of Chilean Patagonia, which stretches towards the icy realms of Antarctica and offers sky shattering peaks, frosty glaciers, lush anchorages and few signs of civilisation. What an ideal place for a boat to go messing about.

“When people think of Patagonia, they might picture the Argentinian pampas and gauchos,” says Carlos Miquel, regional director of South American Super Yacht Support Services. “They are often surprised to find that more of Patagonia resides in Chile and most of that is waterways and islands. Yacht owners come to Chile’s Patagonia for the ruggedness – to see the glaciers, the whales, the deserted beauty.”

On this increasingly well worn globe, it’s rare to find “new” cruising grounds (early explorers may have sailed these waters, but Patagonia is certainly a new playground for superyachts). In the past few years, more yachts have been visiting, ranging from explorers such as 50 metre Triton and 49 metre Plan B to more demure sailboats such as 37 metre Pumula and 53 metre Drumbeat, proving that nearly anyone can take on this challenging route with the right planning and enough gumption.

One owner with such qualities is Paul Hawran, whose 27 metre Outer ReefArgo is exploring the entire South American coast before rounding Cape Horn. “There is a peacefulness you get here travelling by boat, combined with exploring somewhere not too many people have been,” he says. “I like seeing raw beauty rather than the tourist attractions.”

I meet Argo, Hawran, his crew and Miquel at Punta Arenas for a ten-day journey that will take us from the south of Chilean Patagonia to the north. The port on the Strait of Magellan has a strong German heritage and is home to the Austral brewery, the southernmost brewery in the world.

As we leave Punta Arenas, the strait is framed by towering mountain ranges. There won’t be another town for many days and the only signs that man has been here are the lighthouses dotting the shore – some thin and solitary, like the 16 metre Punta Porpoise Light; others squat, fat compounds taking over an entire bluff, such as Cabo Raper Light, which guards the treacherous Golfo de Penas (Gulf of Pain). “Before GPS, this was the only way around this jagged coastline,” says Hawran as we sit at the helm, looking out.

Though desolate, the fjords aren’t devoid of life. Dolphins race the boat and seals laze on their backs, fins akimbo, waiting for Argo to pass so they can surf our wake. We spot whales too, a cluster off the island of Isla Carlos III, near our first anchorage at Bahia Tilly.

We are alone save for a small fishing boat that has ventured miles from civilisation. We take the fishermen wine and they repay us with fresh fish and sea urchins. The rest of the trip we are the only boat in every anchorage.

With so many harbours to tuck into, privacy is abundant and we quickly develop an evening tradition of taking to the tender the minute we drop anchor and exploring every nook and cranny of the vastly different hideaways. Seno Pico Paico is a captivating combination – a wide harbour with protected nooks and a gloriously long waterfall at its southern end.

Most of the anchoring is stern-to, dropping the hook and securing a line to the trees on shore. In nearly every anchorage, there are pebble beaches and places to pull ashore, and we study the plants that are unlike anything I’ve seen outside of a rare botanical garden, strange flat-topped trees shaped by wind and the native monkey puzzle trees – all of which are reminiscent of a Dr Seuss cartoon.

Patagonia is a bird-watcher’s paradise and we spot colourful feathered friends such as the Austral parakeet and long-tailed meadowlark. Chile is also home to birds of grand proportions, such as the Andean condor, a vulture with a wing span of more than three metres, and to the cute, flightless Magellanic penguin.

At night, the sky is thick with stars. The Milky Way is clear to see, with nebulas appearing to deepen as your eyes adjust. The pitch black is disrupted only by our own anchor light and we look for the Southern Cross, Centaurus and an upside-down view of the Plough, or Big Dipper, all novelties of Southern Hemisphere stargazing.

Patagonia is uninhabited from Punta Arenas all the way up to Puerto Edén, a small fishing town that you’ll miss if you blink while cruising this part of the coast of Chile. That is unless you cut inland and wind your way up ancillary channels towards Puerto Natales, a quaint outdoorsman’s haven that’s the base for exploring Torres del Paine, famed for its twin, towering peaks. It’s a must visit, if only to dine at the Hotel Lago Grey’s restaurant in the park that overlooks the 12,000-year-old Grey Glacier and serves excellent Chilean wines. The Puerto Natales anchorage is exposed, so owners may prefer to keep the yacht tucked away elsewhere and tender or helicopter in.

If a visiting yacht is equipped with a helicopter then the sky is the limit when it comes to onshore exploits in Patagonia: heli-ski on a volcano, fly fish in a virginal stream or picnic by a mountaintop lake.

The weather is a constant factor throughout our journey but, when the sun shines, it’s the most beautiful place in the world. “You can experience all the seasons in a day here,” says Miquel appreciatively, as we sit in the lower cockpit of Argo. It’s halfway through the voyage and the day started cool and bright, the dawn sky a warm pink. Then grey clouds rolled in, bringing rain and cold winds. But by noon the world has changed again – the cloud cover burns off, the sun reappears and the water reflects the perfectly arched peaks in the distance. We shed layers of clothes, slather on sunscreen and bask in the rays, sipping Austral beer and taking in the magnificent views.

It’s a grey day when we visit Pío XI glacier, named after Pope Pius XI, but that doesn’t stunt its formidable beauty. It’s the largest iceflow in Patagonia and one of the very few in the world that are growing, rather than receding. We tender as close as is safely possible to the icy mass that seems to glow blue from within. That night our pre-dinner pisco sours are cooled by ancient glacier ice.

The trip isn’t all beer drinking, sunbathing and toasting with glacial ice – far from it. Most owners would skip passages like Golfo de Penas and meet the boat elsewhere, but Hawran isn’t most owners. This is one of the few areas on the route that is exposed to the open Pacific, and we have a rough few days on the aptly named Golfo, but sturdy Argo handles it well.

On the other side of the crossing, we are rewarded with some luxury on land. We are now cruising into northern Patagonia and the hills grow greener. Civilisation starts to appear, but only in the form of salmon farms and eco lodges. The Puyuhuapi Lodge, one of the best hotels to visit in remote destinations, is our penultimate stop. Pools fed by hot springs, a wonderful spa and a restaurant boasting a dozen types of pisco – including rhubarb and traditional – are worth a visit ashore. The harbour is also very deep and protected; 63 metre SuRi was a previous guest here.

We enjoy a goodbye dinner in the comfort of the lodge, gazing out at Argo, still and serene on her anchor, framed by a backdrop of hanging glaciers clinging to jagged peaks. Nature this big has the effect of making humans feel small and that’s the point, isn’t it? When we go out into the wilderness, we are looking for our soul to be stirred and to be humbled by the vastness of the natural world, no matter the size of the country.

7 days cruising the coast of Chile

The Best Hotels in Remote Destinations