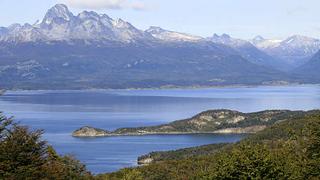 Around the world with luxury yacht Sherakhan- Patagonia

Around the world with luxury yacht Sherakhan: Patagonia

The impressive 69.60 metre megayacht Sherakhan will be embarking on one of her greatest adventures to date in 2015. The grand explorer yacht is off around the world.

Sherakhan is so well-equipped, and her captain/owner and crew are so knowledgeable that she can easily reach some of the more remote and obscure sailing destinations of the world. Her itinerary includes destinations such as the Antarctic, Galapagos Islands, South Pacific and many, many more.

Here, we concentrate on one of the most infamous sailing destinations; Patagonia. Welcome to World’s End.

Join Sherakhan on her World Tour. Rates for Patagonia start at €455,000 p/wk.

Capital city of the strait of Magallan +/- 20 Nm

Being the capital city of the “Estrecho de Magallanes”, Punta Arenas is the most developed city in this area. Its confused identity however makes it a hard place to define. On one side the grand old mansions wow, its other façade is gritty and unpolished. This is all part of the city’s charm though.

Being the southern most continental city in the world, it suffers from extreme weather conditions in the winter but come summer, warmer weather makes it an excellent time to be there. Explore a selection of museums ranging from historical to nautical. Take helicopter tours, expeditions, try ice-diving, visit the national park, and/or go deep-sea fishing. The shopping is also very exciting in this city especially with the zero tax policy.

Sail on in the afternoon.

One of the main attractions on this itinerary is the island of penguins. Your yacht will anchor close by, where guests can be transferred to the tender and taken over to the island where about 120 thousand Magellanic penguins live.

Caleton Silva most of the day navigation +/- 180 Nm

This Island is a great stop off when underway to Cape Horn. A guided tour can be arranged where guests can marvel at the rugged and dramatic beauty here. A highlight is certainly the waterfalls.

Being the southern most point of South America, sailing around the Horn is widely regarded as one of the major challenges in yachting. Get your cameras and be ready for a once in a lifetime experience as your yacht navigates this infamous route.

This last leg of the itinerary will take you through the beautiful Beagle Channel towards Ushuaia.

Ushuaia is located in a dramatic setting beneath the jagged peaks of the Montes Martial, which rises from sea level to more than 1300m.

On the waterfront, the Museo del Fin del Mundo offers exhibits on Fuegian natural history, aboriginal life, the early penal colonies and a rare opportunity to see Andean condors, though unfortunately stuffed, not live. The Museo Yámana is a small museum with meticulously crafted and well-labeled exhibits on the Fuegian people who lived in the area before European settlement.

The Museo Marítimo de Ushuaia, is an extremely interesting building. The former penal institution, which closed in 1947, once held as many as 800 inmates in 380 cells designed to hold just one prisoner each. Some of the displays, which highlight local history and convict life, are in the former cells. It also boasts perhaps the best collection of Antarctic ship models anywhere in the world too.

After four incredible days onboard it’s time to say goodbye to your yacht and crew and fly home from the Ushuaia Airport.