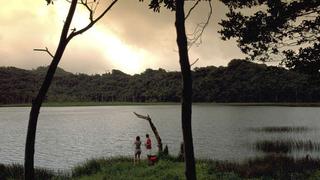 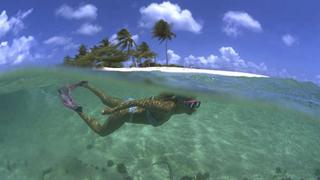 Charter a superyacht in Grenada

Despite having it all – rainforests, waterfalls, mangroves, white and black beaches, coral reefs, sunshine and spice – Grenada has remained a destination that is off the beaten track and not yet spoilt by large scale development and commercialisation.

High rise buildings are banned – a traditional building code decrees that ‘a hotel cannot be taller than a coconut tree’. It is a place that attracts the nature lover rather than the party-goer, and is ideal for those who like snorkelling, sailing, fishing and hiking, or doing nothing more invigorating than lolling on a beach under the sun.

Known as the ‘Spice Island’, Grenada has more spices per square mile than anywhere else in the world – namely cloves, cinnamon, mace, cocoa, tonka beans, ginger and nutmeg – and their fragrance hangs on the air.

The locals will tell you that if you drop seeds anywhere you’ll have an instant garden and attesting to this is a verdant jungle of palms, oleander, bougainvillea, purple and red hibiscus, crimson anthurium, bananas, breadfruit and ferns.

Although volcanic in origin, Grenada’s volcanoes – apart from one active undersea volcano to the north – are long since extinct, their slopes covered in rainforest and craters now lakes – the Grant Etang Lake and Forest Reserve is one of the best examples, while birdwatchers favour the shallow Lake Antoine.

Hiking trails crisscross the area through breathtaking scenery and past stunning waterfalls. On Carriacou, miles of abandoned roadways can be explored by hikers or cyclists, along with the intriguing ruins of plantation houses, windmills and fortifications.

Grenada’s coastal areas are equally spectacular with a variety of picture perfect beaches, from the 3 kilometre long Grand Anse Beach to the more secluded beaches of the east coast, which are only accessible by four-wheel drive – or boat, plus mangroves to kayak and bays to snorkel.

Snorkellers will delight in the reefs that encircle Carriacou ‘land of many reefs’, while for divers Grenada offers the largest wreck in the Caribbean and an underwater sculpture park.

Grand Anse Bay is a good anchorage – from there you can explore inland, there’s lots to do with lovely waterfalls and trees full of monkeys.