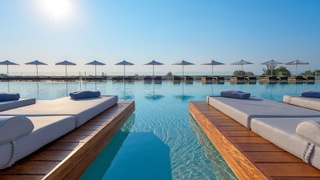 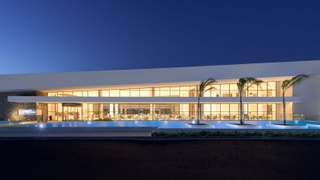 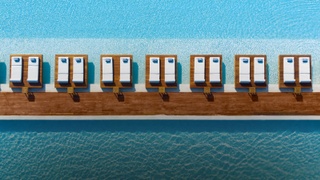 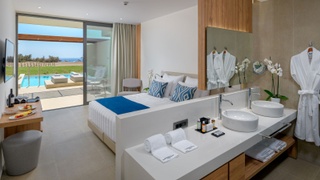 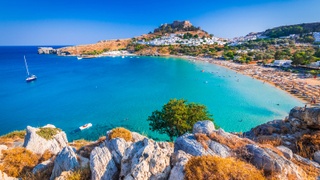 Island of the sun: Exploring the wilder side of Rhodes

According to Greek myth, when Zeus defeated the Giants he decided to divide the Earth between the gods, only to mistakenly leave out Helios, God of the Sun. It was agreed that the next island to emerge from the sea would be his. The following day, Rhodes rose from the Aegean and has been sun drenched ever since. Of course this is just an old folk tale, but the island is statistically speaking one of the sunniest places on earth, basking in sunshine 300 days of the year. Quite rightly, locals call it “the island of the sun”.

This paints a rather idyllic picture of Rhodes that’s a far cry from its party town reputation. Your mind might wander to the boozy streets of Falaraki with partygoers spilling out from crowded bars every which way. But Helios’s untainted island can still be found in the less-trodden south. Superyacht visitors seeking solitude should head down the coastline where the landscape turns much wilder, with rolling hills clad in pines and cypresses, prickly pear cacti sprouting at the roadside, and a smattering of small fishing villages.

Hidden among this rustic landscape there is luxury to be found at the Gennadi Grand Resort - a beachfront oasis set between a pebbled shore and rugged hills. This new eco-retreat is the first of its kind on the island and is part of a new wave of eco-luxury travel. Low slung-buildings and a sloping green roof seamlessly blend the hotel with the landscape while large floor to ceiling windows bring the outside in and offer endless views across the Aegean. Also among its eco credentials, a clever water system is used to fill the 161 private pools by desalinating seawater. This eco-conscious ethos is at the heart of the Gennadi Grand Resort.

“The biggest challenge is to find a way to combine luxury with eco-friendliness and to ensure as many of our everyday products and amenities as possible are sustainable”, explains sales manager Georgia Angeli of the resort’s sustainability mission. “We are redefining modern luxury in perfect harmony with the surrounding environment”.

Arrivals by sea can moor in the Port of Rhodes, or, if you don’t mind getting your feet wet, drop anchor in Gennadi Bay and tender into the hotel’s pebble beach. After wandering between sunken gardens and swaying palms, I check into one of the resort’s beach chic suites, complete with its own private pool and sea view. On the sea-facing side of the hotel, I was greeted by the golden display of the sun rising up from the Aegean each morning.

‘Eco’ doesn’t mean having to sacrifice on indulgence and the Gennadi Grand Resort is the perfect example of this. A perhaps unlikely foodie haven, substitutes for your on board chef come in the form of 11 restaurants and bars, ranging from fine dining to poolside snacking. For the ultimate Greek experience the on-site ouzeri is a must. This candle-lit underground tavern serves up a Mediterranean menu of fresh fish, such as sautéed sea bream or tuna fillet, along with traditional dishes like Kritharoto, the Greek answer to paella made with orzo and Macedonian saffron. For dessert, try Galaktoboureko, a traditional Greek pastry stuffed with citrus fruit cream, topped with kumquat and yoghurt ice cream and drizzled with honey.

If you are looking to burn off some of the extra calories there are few places more picturesque to work up a sweat, with hiking trails scattered across the surrounding hills. I take a rocky track up to the ruins of a 15th century castle and am rewarded with incredible panoramic views of the coastline. Well-versed in the island’s flora and fauna, my guide Nikos sporadically darts off the path, returning with regional plants such as thyme, sage and capers. As for the fauna, other than the buzzing of cicadas, a lone goat is our sole walking companion.

If you want to explore further the ancient town of Lindos is 10 nautical miles away. Here you can wend your way down narrow streets shaded by vines and bougainvillea, dive into St Paul’s romantic heart-shaped bay or hike up to the ancient acropolis that dominates the skyline. It’s steep but certainly worth it for the view. Further afield, the small but pretty island of Symi should be top of your list thank to its colourful neoclassical houses, while Fethiye on Turkey’s Turquoise Coast is also a short sail away.

Superyacht stopovers should also head to the island’s historic port which has welcomed some of the largest yachts in the world, including 93m Mayan Queen IV, 140m Ocean Victory, and 162.5m Eclipse. The Port of Rhodes (made up of three harbours - Mandraki, Kolona and Acandia) sits in the capital, Rhodes Town, in the island’s busier North. The town is divided into two parts, each with its own distinct character. To one side of the port you’ll find the cosmopolitan centre, with upscale shops and waterfront bars welcoming passers-by for an afternoon cocktail. To the other sits the Old Town, encircled by medieval stone walls with turreted entrances. Inside, colourful shops selling local handicraft fill the 200 or so cobbled backstreets. Throughout the summer season the town is particularly lively while ferries shuttling sightseers to nearby islands fill the port’s waterways.

Rhodes is an island of contrasts with a clear divide between its busy north and wild south. Whichever your preference, guaranteed sunshine and a long summer season mean the island is perfect for a late summer getaway - and one that no Aegean itinerary should be complete without.