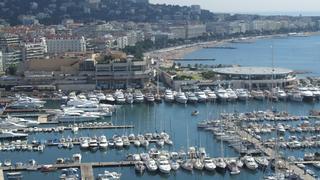 An insider's guide to partying in the Côte d'Azur

The Cannes Film Festival marks the start of the season in the Cote D’azur. Jordana Reuben Yechiel reveals how to best kick off the week of parties, yacht-hopping and fine-dining.

Lunch during the Cannes Film Fesitval

Everyone in the know has a lunch table booked for 2:30 every day at the Eden-Roc in Cap d’Antibes – preferably with their yacht in prime position in the bay.

The party invites you want during the Cannes Film Festival

Jamie Reuben’s annual villa party in Cannes for a young and hip crowd; Chopard’s party for the sophisticated who are happy with an early night; Len Blavatnik’s party on board his yacht Odessa for the music industry crowd; the Vanity Fair party is the invite of all invites – only VIPs and the seriously fashionable may attend; and, last but not least, the week is rounded off with the amfAR gala – dust off your haute couture dresses; nothing seals your oligarch status quite like winning a bid at the amfAR auction.

Dinner during the Cannes Film Festival

Dinner is at Tetou in Golfe Juan (order the bouillabaisse and bring plenty of cash – they don’t take cards!), or Bâoli for dinner and a boogie, or La Petite Maison in Nice – definitely worth the 30-minute drive for the truffle scrambled eggs. Hire a Mercedes Viano and driver for the week. Who has the time to park?!

For the best boat action at the Cannes Film Festival

At the Old Port party after party takes place before dinner. Eva Cavalli always has one filled to the brim with the most gorgeous women. Look out for the Playboy party this year on the yacht Oasis.

The best places to shop on the Cote D’azur

Evening gowns for dinner are the norm during Cannes.

Where to party on the Cote D’azur

Jimmy’z nightclub is the melting pot of the rich and famous, where everyone comes together for nights of Dom Pérignon and debauchery. What happens in Jimmy’z stays in Jimmy’z.

End the week in Monaco for the Grand Prix. Get your boat into the Yacht Club de Monaco or just outside the bay for the best views.

Where to eat during the Monaco Grand Prix

All the restaurants are packed so make those reservations early: Cipriani, Buddha Bar, Sass Cafe for the trendy and Le Louis XV-Alain Ducasse in the Hôtel de Paris for a chichi affair.

Looking for something to do after the Monaco Grand Prix?

Lippy from the Liffey: Eddie Jordan on his friendship with the late Niki Lauda