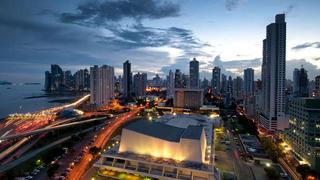 Famous for the canal that connects the Atlantic and Pacific Oceans, Panama has developed into one of Latin America’s most stable economies, with a diverse culture based on the seven indigenous groups as well as more recent European and North American immigrants.

Panama City has been likened to Miami, where you can find all you could wish for in terms of high-end shopping, restaurants and nightlife. Added to this, the green mountainous interior and beaches stretching along both coastlines are never far away.

Being at the crossroads of the America, Panama shares a wealth of wildlife from both continents and is a birdwatcher’s heaven.

A Canal crossing itself may be an interesting and unique charter experience (how often can you cruise the two major oceans in the same week?), but there is a lot more to Panama than just the Canal. In fact, both coasts offer plenty to do in themselves, without the need to complete the canal transit…

On the Caribbean side, the San Blas Islands give a revealing glimpse into indigenous life among its reputed 365 islands. On the southern, Pacific side, the Pearl islands comprise 227 largely uninhabited isles. There is good snorkelling and diving among coral and wrecks, and it’s a great place to explore peacefully by kayak, and maybe even hunt for pearl oysters yourself…

The Pacific Western Coast is home to the Coiba National Park, sometimes called the “Galapagos of Central America” due to its fabulous wildlife. It’s home to the Pacific’s second largest coral reef, and offers outstanding diving amongst large pelagic fish whales and rays. On land it has several unique subspecies including its own howler monkey.