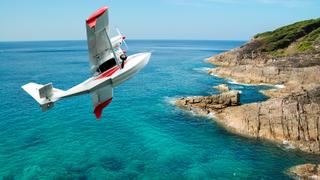 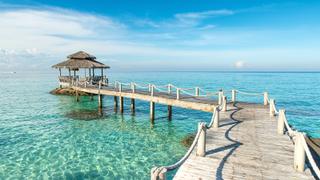 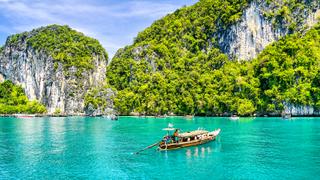 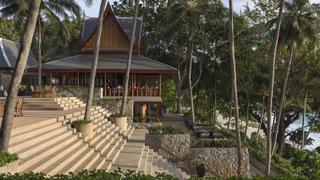 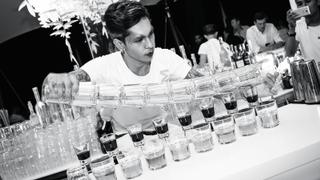 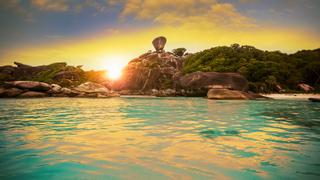 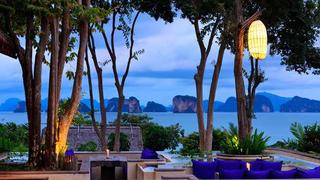 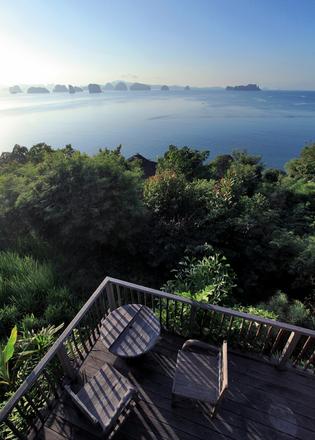 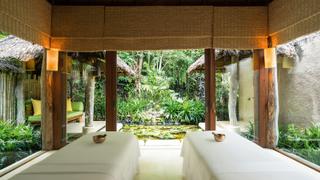 With movie-worthy cruising grounds, sunny winter days and a thriving party scene, Phuket is the perfect playground for superyachts. Sophia Wilson discovers why the island is prepped for a charter boom

Flying in on a swaying seaplane over a seemingly never- ending lagoon, the waters dotted with limestone karsts clothed in green, Roger Moore put Phang Nga Bay on the map with The Man with the Golden Gun in 1974. For once, Britain’s favourite secret service agent was slightly late to the party. King Rama V of Siam was the first to attract attention to this Eden on the sea when he visited in the late 19th century.

Regardless of who got there first, millions have now followed in their footsteps and if you take 007’s flight path today the waters are scattered with day-tripping tourist launches and the colourful long-tail boats of locals. And yet, despite the breathtaking beauty of this place, you are unlikely to spot superyachts bobbing alongside them.

The dearth of superyachts is not due to a fear of a highly skilled assassin wielding a golden gun or even a lack of suitable facilities (Phuket’s Ao Po Grand Marina can accommodate yachts over 100 metres) but rather it is due to government legislation preventing the region from achieving its potential as a destination for superyacht charters.

At a glitzy ceremony in Bangkok in September 2015, 41 metre Ocean Emerald was the proud recipient of Thailand’s first charter licence for a foreign-flagged vessel. The attending deputy prime minister spoke of having created a “framework” that would attract more superyachts to Thailand. However, more than two years later, no other superyachts have followed in Ocean Emerald’s wake. “At the moment, the charter licence still isn’t viable,” explains Gordon Fernandes, of Asia Pacific Superyachts Phuket. “When they made the licence, no one consulted the revenue department so by law you technically still have to pay tax on the value of the yacht to be able to charter.”

There is pressure on industry players across Thailand to resolve the situation, but little indication that it is happening. “The good thing is the government in general sees the benefits, so there is a strong push to change the regulations for visiting yachts,” says Northrop & Johnson’s Phuket-based charter manager and broker Lies Sol. “It’s anyone’s guess when everything will be finalised because government organisations need to work together.”

Until the situation is resolved you can avoid the tax and still charter a foreign-flagged yacht in Thailand provided the trip starts or ends in international waters. Langkawi, 135nm away in Malaysia, is the most common pick up or drop off point for Phuket-based charters.

The largest of Thailand’s islands, Phuket may not yet have felt the full benefit of the superyacht industry but it has still capitalised on the luxury travel market. Its white sand beaches rolling into the Andaman Sea are home to a swathe of luxury hotels. On the island’s western coast sits the Amanpuri. Built nearly 30 years ago, it was the first property in Aman’s renowned hotel empire and is still regarded as one of the finest properties in Asia. The owner of 45 metre Latitude, Anil Thadani, was one of the founding partners and still owns a sprawling residence on the site.

We are invited for dinner and given a bu et taster of the cuisine that the hotel is renowned for, with Thai classics and international delicacies including jamón ibérico and truffle risotto mixed in a parmesan wheel. While Thadani amuses us with tales of his latest adventures in the Solomon Islands on Latitude, which has just arrived in Thailand, the weather takes an unexpected turn for the worse. However, in true Aman style, a bevy of staff arrive armed with umbrellas, which they dutifully hold over us so we can finish our meal.

As well as sophisticated establishments, Phuket has a reputation as a party destination. The neon lights of Patong’s Bangla Road are probably best avoided, unless you have a penchant for fishbowl cocktails, but there are several beach clubs that have brought a taste of the Mediterranean summer season to Phuket. Catch Beach Club, for example, also on Phuket’s west coast, offers stylish daytime dining – think white tablecloths and tuna served with wok-fried bok choy, capers and sesame dressing – before transforming into a nightclub as the sun sets. With a packed dance floor and sophisticated VIP area, it is a taste of Saint-Tropez in Thailand.

Sol thinks it is this mix of activities that gives Phuket such potential for superyacht charters. “There are fantastic golf courses, wonderful spas, several six-star hotels and great restaurants. It is a perfect destination for multi-generation charters because there is something for everyone and then they have the yacht as their base or recovery point,” she says.

Another champion of Phuket’s superyacht credentials is Richard Pope CEO of Infinite Luxury and host of the annual Kata Rocks Superyacht Rendezvous. Pope’s mantra is to encourage superyachts to “turn left” instead of heading to the Caribbean for the winter season. The plan seems to be working with an increased fleet attending this year’s rendezvous, including 68 metre Feadship Lady Christine, 50.9 metre Northern Sun and 52 metre phinisi schooner Zen.

At Pope’s ultra modern Kata Rocks Resort we are treated to a three-day showcase of what Phuket has to offer. Combining a mixture of relaxed cruising, yacht hops and two fabulous parties – with firework displays lighting up the bay, gold painted waiters brandishing bottles of champagne and DJs playing on a stage in the infinity pool – it demonstrates both sides of life on offer in Phuket.

“What we really need to do is build this event and build Asia,” Pope says. “It is very much about securing charters. What this event does is give yachts exposure to hopefully get some charters. If they believe they are going to get charters they are more likely to come this way.”

One of the biggest draws for potential charter guests is the beautiful cruising areas surrounding Phuket, including the Similan Islands, Phi Phi islands and Phang Nga Bay. While the armada of tourist boats can seem off-putting, for those in the know there are still plenty of spots of solitude to be discovered. “When you are on a boat you can avoid the so-called tourist destinations but you need a captain with local knowledge,” says Sol. “The further you get away from Phuket, the more peace and quiet you get. I have just heard from the captain of Lady Azul, who is with guests in Ko Lipe. There is no one there and they are loving it.”

One of the most serene hideaways can be found closer to Phuket than you might expect. Six Senses Yao Noi on Yao Noi island is only 16 nautical miles from Phuket’s Ao Po Grand Marina, but it feels a world apart and is easily accessible by yacht thanks to its private jetty. Rolling down the tropical hillside of the island of Koh Yao Noi the resort focuses on healing guests from the inside out with its farm-to- table concept at the heart of its culinary offering. Goats happily bounce around the on-site farm, the chickens are played jazz music to ensure they produce the nest quality eggs and all the water is bottled on site, meaning there is not a plastic bottle in sight.

As you would expect of a brand that has staked its reputation on its holistic offering, the spa is a village in its own right and its Long House Suite is modelled on a typical village home in northern Thailand. Not only are the massages sensational but the use of natural remedies is enough to convert even the strongest pharmaceutical advocate. After an unfortunate altercation with a sunlounger I had badly bruised my wrist but, following an application of a natural cream from my therapist, any hint of damage had magically disappeared by the next morning.

The ultimate treat of this resort is the view afforded from the Hilltop Reserve. An Instagram addict’s dream (or nightmare to the Instagrammer’s husband), the infinity pool stretches out to offer uninterrupted views of Phang Nga Bay. If you make the effort to wake for one of the properties’ sunrise breakfasts you are guaranteed a view that no day-tripper from Phuket can spoil. Beyond the resort the island, which has held on to its traditional fishing roots and is home to approximately 5,000 people, is ripe for exploration. Take a bike and discover the quiet paths lined with rubber trees or, if that sounds too much like hard work, take a tuk-tuk to experience the local village.

The difference between the tropical birdsong of Ko Yao Noi and the bustling traffic and bright lights of Phuket is startling but perfectly indicates the diversity of the region. Phuket and its cruising grounds offer the best of both worlds. When the charter legislation is resolved make sure you book quickly, because the superyacht industry is bound to boom. Or better still, visit now.