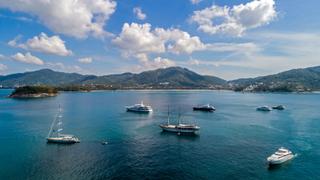 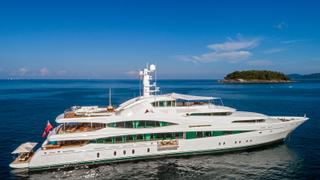 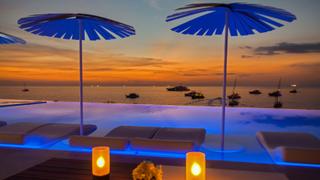 The second annual Kata Rocks Superyacht Rendezvous, organised by Infinite Luxury, reached its conclusion last night (December 10) after three days showcasing what Phuket has to offer as a superyacht destination. The invitation-only event welcomed an impressive fleet of superyachts to the Kata Rocks Resort, including 68 metre FeadshipLady Christine and 50.9 metre Northern Sun.

CEO of Infinite Luxury Richard Pope, who took over running the event last year, hopes the Kata Rocks Rendezvous will help to promote the region to superyacht owners and charterers. “Most boats go between the Mediterranean and the Caribbean and what we are trying to do is help the industry out here to get them to turn left and come this way,” he said. “It is a little bit further to come but it is a bigger sailing area and not as explored by most of the yacht owners.”

Guests were able to sample some of the cruising on offer as the fleet headed to watch the King’s Cup Regatta on the first day. On the second day, a cruise in company headed up Phuket’s western coastline for a spectacular lobster brunch held at the Surin Phuket.

The largest yacht in the fleet, Lady Christine, joined the yachts as they headed to the Surin and also hosted a private cocktail party and dinner on board. Farouk Nefzi, Feadship’s marketing and brand director, was delighted that she was at the event.

“We recognise the potential of this region and we want to showcase the lifestyle that is on offer,” said Nefzi. “Lady Christine is a very fine example of what Feadship can build and her owner was gracious enough to let us use her. I definitely think she was a highlight of this event.”

As well as the yachts on display there was also a packed social programme. As official media partners Boat International hosted a welcome cocktail party on the first evening, followed by the opening reception. The event concluded with the Kata Rocks Charter Season Opening Party. Other highlights of the event included a vodka and caviar tasting, hosted by Hemisphere Monaco, and a water toys presentation by Sea Doo.

After the success of this year’s event, the Kata Rocks team are already looking towards next year’s rendezvous. “I want to see this build year-on-year, with more boats coming to Asia because they know there is fun to be had,” added Pope. “At the end of the day boating is all about having fun.”