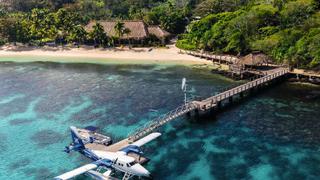 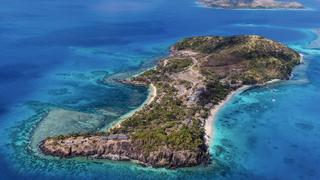 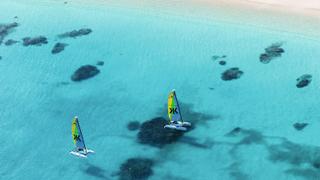 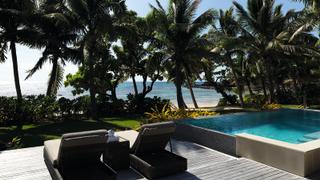 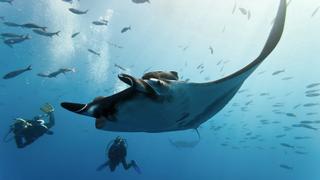 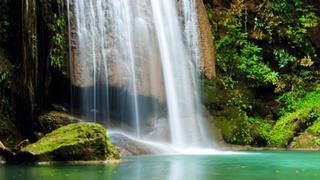 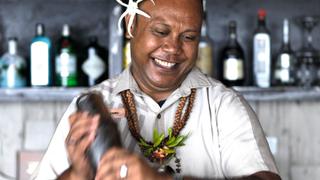 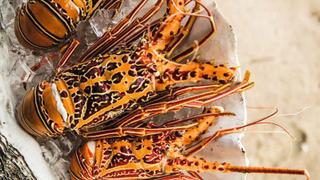 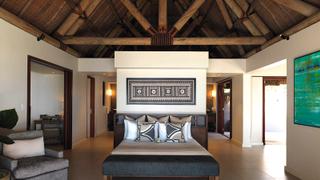 Lang Walker spent decades exploring dive sites by superyacht, before dropping anchor on the Great Astrolabe Reef and opening a private island retreat in Fiji. Sophia Wilson discovers how a life on the water has inspired his creation...

"This is just a big yacht, my next Kokomo. The only difference is you are anchored,” says Lang Walker of his new Fijian private island resort. The serial superyacht owner always names his boats Kokomo, a moniker that originates from Walker’s first sailing dinghy (rather than the Beach Boys’ hit), and his latest Kokomo is his most ambitious yet – a coral fringed haven at the edge of the Kadavu islands.

While most people in their early seventies consider slowing down, Walker has decided to embark on his first venture into hotel ownership, having accidentally fallen for the island originally called Yaukuve Levu. “A mate of mine had come out to this island on one of my yachts,” says Walker, recalling a development that had to be abandoned after a coup in Fiji in 2006. “Some of the buildings had been started but the rest was a complete mess and he said ‘if anyone can x this, you can’. I didn’t get too excited because I didn’t think I needed an island in Fiji. But about a year later I came here and I started to think ‘maybe I do need an island in Fiji’.” Walker spent the next five years transforming it and Kokomo Private Island Fiji was launched in April last year.

From London, getting to Fiji is a daunting proposition – you know it’s a long way when you can choose which way around the world you want to fly. However, because Cathay Pacific works with Fiji Airways (in a codeshare agreement) there are multiple options from America and Asia to Nadi International Airport – which is where the fun starts.

Encircled by the Great Astrolabe Reef, the island is just under an hour’s flight from Nadi on either the resort’s seaplane or helicopter. Lifting off over the agricultural lowlands of the main island Viti Levu, we fly out along stretches of blindingly white beach and coral lagoons. Through the glass bottom of the helicopter my pilot, Brian, points out Shark Alley in the Beqa Channel – where regular visitors include bull, whitetip reefs, blacktip reefs, grey reefs, tawny nurse, sickle fin lemons, silvertip reefs and tigers. Just five minutes later we spot the vast shadows of whales gliding effortlessly underneath us. The lush wildness and abundance of marine life is a great indication of the unspoiled cruising grounds Fiji has to offer superyachts.

It is these yachts that Kokomo is also set up to attract. “Some of the islands around here are boat unfriendly, but we are the opposite,” says Walker. “One thing I do know is when you spend a lot of time on a boat you do want to get off for a few days.” Guests on yachts up to 60 metres, which can fit through the reef, can either stay on the island or on board. Those coming ashore can choose from 22 beachfront villas or six private residences with views across the lagoon. All options have a sophisticated beach house vibe.

Letting nature take centre stage was an idea shared by Australian artist Chris Kenyon, who lived on Kokomo while he created more than 240 paintings that are scattered across the island. The decoration might be relaxed but there is no skimping on luxury, with vast standalone bathtubs, rainforest showers and enough throw cushions to build a small fort. The yacht packages have also been designed to allow guests to explore the area with activities ranging from outer reef fishing and surfing excursions to waterfall hikes.

Perhaps unsurprisingly for diving enthusiast Walker, it was the marine life that first drew him to this corner of Fiji. Kokomo’s location, on one of the largest barrier reefs in the world, means that there is a seemingly never-ending array of sites to discover. If you are staying in one of the villas, a spectacular marine show is waiting just metres from your door. The house reef is packed with colourful fish darting in all directions and I quite lose myself following one of the many turtles as it bobs along the shallow reef. The island’s PADI five-star dive facility, meanwhile, allows guests to explore off island and hosts daily snorkelling trips.

I join one of these, which heads about 20 minutes from the main island to a site called Pot Luck. Just getting there is exciting enough, passing vast manta rays floating gracefully and brown turtles bobbing along at the surface. From the moment I put my head under water I am amazed by the vitality of the coral, with its vast array of colours and mind-boggling shapes. We glide over the top of a canyon with two deep walls where fish dart in and out in a game of marine hide and seek. The reef is also famous for its shark population, which staff joke are “vegetarian”. Near the end of the snorkel we spot two whitetip sharks streaking ahead in the water; fortunately they are only the length of my flippers so I’m not too concerned about their dietary preferences.

Back on board we are rewarded with freshly baked cookies, soft drinks and local beer for the picturesque cruise back to the mainland. These small touches are all part of the Kokomo experience, which starts way before you arrive, with charter yacht style preference sheets extracting details on every aspect of your stay, from your vegetables of choice to your favourite cocktails. The idea behind this is to create a tailored experience where no request is off limits – from a minibar pre-stocked with Veuve Clicquot to dinner on a private beach.

As on any superyacht, dining is important at Kokomo.“The food has never been a strong point in Fiji,” says Walker, “so we put particular emphasis on having really good food and setting a benchmark for quality.” This includes sustainably sourcing ingredients and the island has its own farm with chickens, beehives and organic herbs and vegetables.

At the heart of the property sits the Beach Shack, which serves breakfast ranging from fresh smoothies to eggs royale with deliciously buttery hollandaise. In the evening, the Beach Shack transforms into the island’s most chic (but still relaxed) dining operation, serving a five course tasting menu that changes daily, with dishes such as scallops with green peas and rocket to on-the-bone sirloin with cauliflower and Brussels sprouts.

If five courses feel like too much, guests can head for Walker D’Plank (pun intended). Here there are no menus; instead Fijian chef Caroline chats to guests to discover preferences and cooks up the catch of the day, whichever way you fancy. House specialities include tempura prawns, teppanyaki tuna and fresh lobster grilled with garlic butter. Everything is delicious but her coral trout curry is a particular highlight – I would walk back to Fiji for another bowl served with fluffy rice and freshly baked roti. While the food is spectacular in its simplicity, it’s the atmosphere that makes it unique. I’m not surprised when marketing manager Lynn Enocksson tells me that repeat guests are already checking that Caroline won’t be on holiday when they return.

Walker’s inspiration was to invoke “integrational casual luxury” and his family’s devotion to the island is infectious. You are greeted everywhere with a smile and a bula vinaka and it soon feels like home rather than a hotel. Days slide by easily, punctuated with pleasures such as stand- up paddleboarding across the house reef, warm shell massages at the Yaukuve Spa and evening yoga sessions in one of the private residences, overlooking the infinity pool and lagoon beyond.

All too soon my time on Kokomo comes to an end and the staff gather to serenade departing guests with traditional songs. As their tones fill the air I find myself tinged with the sadness that I normally associate with the end of a charter. This may be Walker’s first land-based Kokomo but he has succeeded insecuring the ultimate anchorage and the perfect crew.

5 of the best adventure activities in Fiji