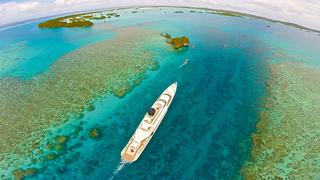 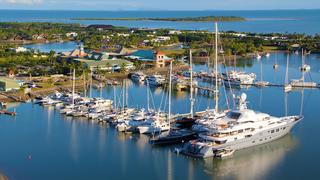 Yachting professionals in Fiji have welcomed the results of a recent survey that revealed a 40% increase in the number of superyachts that visited the country in 2014.

The Annual Fijian International Visitors Survey, which is conducted annually by Port Dernarau Marina, also reported a 38% increase in the luxury yachting industry’s direct contribution to the economy.

The survey showed that 56 superyachts visited Fiji in 2014 in comparison to 32 in 2010. Luxury yachts are also reported to have contributed $16.4 million to the country’s economy in 2014.

Nigel Skeggs, Port Denarau Marina CEO, said: “While yachting appears to be a small tourism segment its contribution to the local economy is significant. And with good marketing and infrastructure development we believe that there will continue to be strong growth in the future.

“The 2014 contribution to the Fiji economy, at nearly 40% higher than the previous year, is extraordinary.”

The increase is a welcome relief after the destruction by Clyclone Even in December 2012 caused the industry to stagnate in 2012 and 2013.

The Fijian government has supported the growth by changing legalisation to make exiting and entering easier and opening up cruising areas that were previously closed to yachts.

There have also been efforts from within the industry to increase awareness of Fiji as a superyacht destination, including attending the Monaco Yacht Show.

“We are so confident that we are investing heavily to expand the facilities at the marina to make the destination for yachting world class and for the people of Fiji the great benefit is that most of the money stays in Fiji,” Mr Skeggs added.

Long-term plans for Port Dernarau include another 200-berth marina across the harbour, accompanied by a marina village, a boatyard and a 20,000-seat stadium.

Earlier this week (11 May) the marina was named as “International Marina of the Year” at the MIA Awards Dinner held on the Gold Coast in Australia.