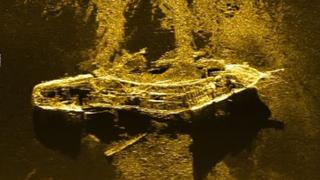 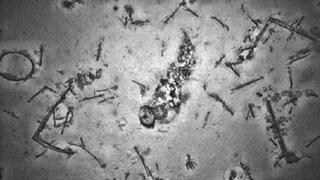 A second shipwreck has been discovered more than two miles below the surface by search teams looking for the missing Malaysia Airlines flight MH370.

Sonar equipment picked up the wreck in the southern Indian Ocean before Christmas and an unmanned submarine was sent down to take pictures earlier this month. Experts from the Western Australian Museum believe that ship is more than 200 years old.

"The AUV captured high-resolution sonar imagery of the contact, confirming that it was indeed the wreck of a ship," JACC said in a statement.

"The Shipwreck Galleries of the Western Australian Museum has conducted a preliminary review of some sonar imagery and advised that the vessel is likely to be a steel/iron vessel dating from the turn of the 19th Century."

This is the second uncharted shipwreck found during the search for MH370. In May last year The Australian Transport Safety Bureau (ATSB) found another shipwreck nearly 4,000 metres beneath sea level.

At the time Peter Foley, director of the operational search for MH370, described the shipwreck as a “fascinating find”.

Michael McCarthy, a senior maritime archaeologist at the West Australian Maritime Museum, told press the first wreckage was probably from a cargo ship built in the mid-to-late 19th century.

He said: "We've got quite a lot of stories about ships that sank in the Indian Ocean mid-voyage and you would be struggling to tell which is which unless you had a complete catalogue of all the ones lost.

"Being a fairly common type of cargo ship from the 19th century with no obvious cargo remains there, I doubt that anyone would pay the enormous cost of going down to look at it.”

The search for the missing plane is believed to be one of the most complex in history. The international search effort has covered more than 30,000 square miles so far, and are committed to searching a further 46,000 square miles.

Into the deep  a dive charter in Australia