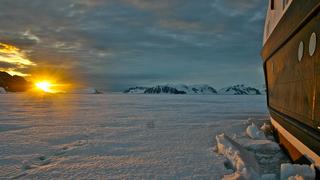 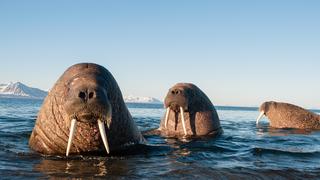 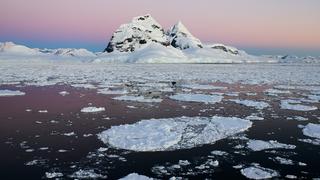 The next few years will see a boom in billionaires exploring the farthest reaches of the globe, according to Boat International’s sister publication ShowBoats International, after it recorded a significant increase in the number of “explorer” superyachts being built.

ShowBoats International is North America’s biggest superyacht title, and each year undertakes a comprehensive investigation of the superyacht market, the results of which are published in its annual Global Order Book.

One of the standout discoveries was the growing appetite for building explorer yachts, with the number in build up 17 per cent on last year. A total of 55 explorer superyachts are currently on order or in build; in 2014 this figure was just 47.

“A constituency of hardy superyacht owners is clearly tiring of the traditional Mediterranean and Caribbean cruising areas, and are building boats to take their cruising to all four corners of the globe,” said Kate Lardy, editor of ShowBoats International.

Explorer yachts are notable for their extreme ranges, Ice-Class hulls and autonomy. They are able to operate in the toughest of environments and the trickiest of seas – all while keeping their guests in the luxurious comfort expected of a superyacht.

The largest explorer yacht in the 2016 Global Order Book is known simply as Project 370. This 116 metre vessel was ordered by New Zealand billionaire Graeme Hart, and will become one of the toughest explorers on the planet when delivered to her owner in 2016.

Big advances in superyacht design are making explorer yachts more capable than ever. For example, Yersin, a 76.6 metre superyacht launched in 2015, can travel for 50 days without stopping to refuel or re-provision, making the remotest corners of the planet achievable destinations.

This increase in superyacht owner’s wishing to venture to more remote destinations has also been seen by industry professionals, such as EYOS Expeditions who help to organise exploration trips.

“We have absolutely seen an uptick in interest,” Ben Lyons from EYOS told Boat International. “We are about to start our busiest Antarctic season ever and already the Arctic season in 2016 is shaping up to be our busiest ever as well. We don’t see any sign of that decreasing.”

Last year the company orchestrated Arctic P setting a new record for the furthest voyage south ever undertaken by a vessel. Just one example, they claim, of superyacht owners wanting to do more.

“We’ve taken owners not only to the Arctic and Antarctic, but also to the culturally rich and remote tropical destinations that still lack infrastructure for yachts,” Lyons added. “We find that owners are more interested in the unique and enriching experiences that their yachts allow them to achieve. Luxury for these owners is defined differently — it isn’t by what restaurant you can get into at Monaco, but rather what you can do in the locations that no one else can get to.”

The uptick in explorer yachts under construction was reflected across the market. The Global Order Book found there are more superyachts being built around the world now than at any time since the end of the Global Financial Crisis. There are 755 yachts longer than 24 metres (the common measure for what constitutes a superyacht) being built, up on last year’s figure of 735.

The world’s biggest superyacht in build is known as Project Omar, a huge 156 metre motor yacht being built at German yard Lürssen, the same company that built the biggest yacht in the world: 180 metre Azzam.

“Compared to where we were in 2010, when just 184 superyachts were sold, 2015’s performance is pretty incredible, and shows that buyers are back and that they’re building bigger and better superyachts than ever,” added Lardy.

7 incredible ice destinations to visit on a superyacht