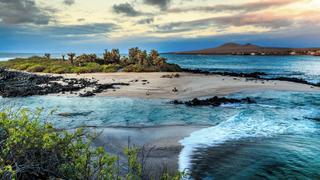 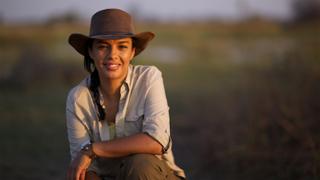 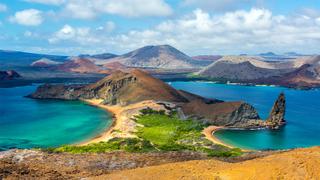 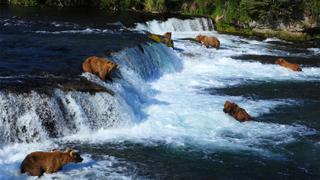 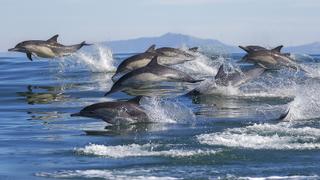 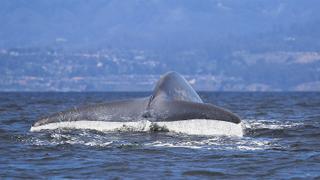 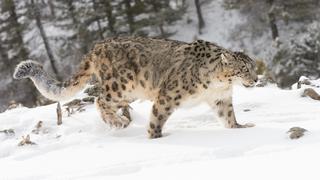 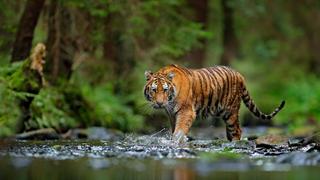 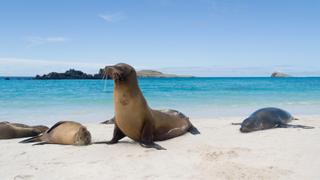 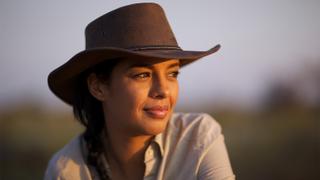 TV presenter, biochemist and wild animal biologist Liz Bonnin, known for her work on BBC series Operation Snow Tiger and Big Blue Live, shares her experiences travelling the world visiting marine parks and nature reserves in order to track down some of the most elusive animals for film.

What is your favourite memory of the Galápagos?

Discovering the wildlife of the Galápagos Islands is so magnificent that at every turn you are awe-inspired, not least because you feel very much like part of the wildlife there, not a mere spectator of it. The animals have no cause to fear humans like they do in many other parts of the world, so it makes wildlife encounters extra special.

One of my most memorable moments was diving at Darwin’s Arch to witness a gathering of hundreds of scalloped hammerhead sharks, who come together to mate in these waters. I’ll never forget the sight as they appeared out of the deep, swimming so close overhead. It’s one of the most magnificent and moving wonders of Galápagos.

What advice would you give to people going there?

Make sure you do everything in your power not to leave a footprint other than that of your shoe in this magical place. Take only eco-friendly products that are biodegradable, be extra mindful of what you consume and what you are disposing of, even on the yacht you are stay on. Bring a reusable water bottle and a hot drinks cup, and be respectful of the wildlife — you are in their world. Keep a good distance away as there is no need to stand so close to them that you cause distress just to get a nice photo. If you are in Galápagos you are obviously a nature lover, so take pride in the fact that you can be a responsible visitor in this very special place.

How would you describe the animals of Alaska?

In Katmai National Park I had the great privilege of spending time in the company of bears and wolves that are pretty much as wild as they can be. Sports hunting has been banned there since 1917, and food is in great abundance during the salmon run, so we had bears strolling past incredibly close to us, even with cubs in tow, glancing at us now and then as if were just another species looking to feed on the salmon. It was a thrilling and humbling experience.

We had an adult male bear splashing around in the water chasing salmon like a cub less than a metre away from us. We are not allowed to move that close to bears, but the bear was moving so fast upriver that before we knew it he was right beside us. There was this incredible energy to the scene I remember my skin was tingling — a top predator diving and belly flopping for salmon, coming up for air and looking at me nonchalantly before carrying on upriver — it’s a moment that will stay with me forever.

Had you been diving before visiting Monterey Bay for Big Blue Live?

I’ve dived in a few places around the word now. The Yonaguni Monument in Japan was spectacular as was Silfra in Iceland. The cenotes of Mexico are also incredible, magical places but I think my diving in Galápagos have been to most special so far. I also took part in a submersible dive in Galápagos that descended to 1,000 metres into the Bolivar Canal. To think that we were the first humans to set eyes on undiscovered species in that part of Galápagos was surreal and there is so much left to discover down there.

What are your most memorable experiences from filming Big Blue Live?

I joined a research team tagging blue whales for Big Blue Live. It’s the first time I had ever seen a blue whale and our little boat came alongside one as it came up to breathe. To see the huge shape looming up towards us, its grey skin appearing bright blue in the water, and to take in the actual size of the animal beside our tiny boat, was really thrilling.

Scientists only approach the same individual two or three times to prevent any changes to its behaviour or causing any stress. They come up swiftly beside it and with a long pole attach a device to the shale using a suction cup that measures its speed, depths and acceleration amongst other things, after which the device detaches itself. The data collected has allowed scientists to discover that the blue whale, despite its formidable size (it can measure as much as 30 metres in length) is an extremely swift and acrobatic hunter under the waves.

I would really love to film a documentary about snow leopards, but they are one of the most difficult animals to capture on film, and even more so if you’re trying to get a presenter in the shot! They are phenomenal animals that encompass all that I love about the nature of big cats. So perhaps one day, I can make that dream a reality.

Where has been your favourite destination in your career so far?

It’s impossible to pick a favourite, as they have all had an impact on me for different reasons. The Russian Far East [one of the best remote destinations to visit on a superyacht] was perhaps one of the most daunting destinations when we embarked to film a series on Amur tigers there, but it turned out to be the most wonderful experience, not only because of the Narnia-like forests we trekked through and the orphaned cubs we helped to rehabilitate, but because of the extraordinary Russians we worked with over there. They are passionate, dedicated people who never took no for an answer and worked with very few resources to help save the last remaining tigers there.

If our readers had to visit one spot in the world, where would you recommend?

The wildlife of Galápagos is truly special — an unexpected and biodiverse array of animals living side by side, that you wouldn’t see anywhere else on earth. The Galápagos Islands are exceptional because of their geographical remoteness and because they sit at the confluence of cold currents that bring with them an upwelling of vital nutrients, capable of feeding the entire food chain.

Not only that, but because of the dynamism of the volcanic islands — in geological terms they emerge from the depths and sink again beneath the waves quite quickly — animals there have had to adapt and change to survive, resulting in these extraordinary and unique species.

What is one thing you never leave home without when working?

A notebook and pencil. My adventures discovering new frontiers may be documented in the programmes we make, but the special moments between the crews, the asides, the thoughts and emotions that arise as we film are the things I note down, and it’s always a joy to read them again.