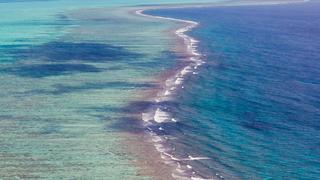 Yacht owners are being reminded to take sensible precautions while in the Caribbean after an armed robbery took place on a yacht in Belize.

Four American tourists were attacked while anchored out near Middle Long Caye on January 13. According to a report by Caribbean Safety and Security Net (CSSN) four men aged 20-30 came on board armed with pistols and stole personal belongings, electronic goods and an outboard motor.

CSSN also reported that one of the passengers was sexually assaulted but the Belizean authorities have denied that these allegations were ever made.

Police have subsequently arrested and charged three persons for handling stolen goods. 22-year-old Bradwick Lino pleaded guilty and has been sentenced to three months in prison. Two other suspects have been bailed and are expected to return to court on March 16.

Security specialists Maritime Asset Security and Training Ltd (MAST) told Boat International that there have only been a small number of maritime crimes — approximately four — reported in the region since November but reiterated that it is always important to take precautions.

“Yachts are attractive and relatively straight forward targets for armed criminals operating along the coasts of Caribbean islands,” said Gerry Northwood OBE, COO at MAST and former Royal Navy counter piracy commander. “While most of these crimes tend toward theft of valuables from the boat, the impact of violence on owners and crews in the course of the robbery should not be underestimated.

“Yacht owners should take sensible security precautions by maintaining a low profile when underway, and use anchorages that are well policed. Conduct after capture training is highly recommended as knowing how to behave in the event of the vessel being boarded by criminals can save lives.”

Some local press described the attackers as “pirates” but MAST explained that this is not technically correct as the robbery happened in territorial rather than international waters.

If you are concerned about on board safety don’t miss our guide to fitting out a superyacht for maximum security and what you need to know about piracy right now.