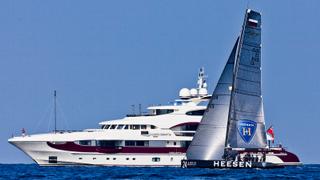 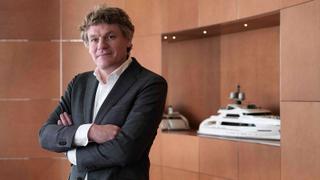 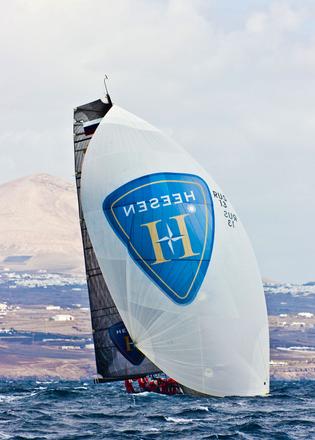 40 Beautiful Things: Robert Drontmann on his love of sailing

Whether you’re building 60 metre superyachts or four metres dinghies, everyone who works in the yachting industry shares one main passion: a love of being near, in or on the water. It is this connection to the sea that saw Heesen, a yacht builder best known for its stylish motor yachts, sponsor the Russian Team Synergy sailing team for the 2012 RC44 racing season where they were led by America's Cup tactician Ed Baird.

Of course, it also helps that Heesen counts an Olympic sailor among its staff. “My parents have always been into boating and I grew up sailing small boats on the lake near our house in The Hague,” says Robert Drontmann, now sales manager at Heesen. “My brother and I started sailing in Cadets - a small dinghy very popular in England - and when I became older I started helming myself. I became world champion in that class in Australia in 1985.”

This victory proved to be Drontmann’s ticket to the Dutch 1988 Olympics team where he and his brother, Mark, beat out three other potential competitors and qualified to represent the Netherlands in the 470 Male class in Korea. “It’s a lot of pressure,” he admits. “It’s not like other world championships which come back every year. You’re representing your country and you’re there with all the other disciplines: basketball players, volleyball players, sprinters, boxers. But I was there with my brother and it was an amazing experience.” Aged just 19 and 23, the Drontmanns finished ninth overall. But, while an admirable effort from young athletes always considered as strong outsiders, a second chance was not to be with Drontmann swapping full-time sailing for school and career.

While he insists a career as a professional sailor never appealed, he admits, “It was only our first Olympic games and looking back maybe we should’ve added another campaign to take advantage of the experience we gained first time round.” Of course, that doesn’t mean he’s given up sailing altogether. “Nowadays I sail Snipe and Dragons a few times a year and with my brother in the Regenboog Klasse (Rainbow Class). It’s a typical Dutch class competed on lakes and has been running for about 100 years; you sail with three people and it’s a lot of fun – the competition is strong. This year I’m also doing the Round the Island race in the Isle of Wight in July with some team mates from Heesen.”

After 15 years working at boat builders and brokers in the Netherlands, Drontmann joined Heesen in 2014 and explains that the competitive spirit instilled in him during his sailing days has been invaluable in his current position. “When you’re in a business there’s a lot of similarity to being in a competition. The tactics, the positions, the way you act in certain situations - you can make a comparison to when you’re in a race. What would you do then, when you’re acting automatically and on instinct? It can be a great way to give yourself a little bit of direction.”

And, while it may all be fast-paced, high-octane thrills on the regatta circuit and in the office, the lure of a luxurious vacation cruise still holds its sway over Drontmann. “I go with my wife and two daughters and we sail on the lakes in Friesland or Zeeland which is very nice. I can highly recommend it to many superyacht owners.”