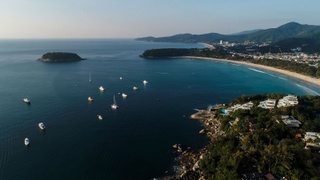 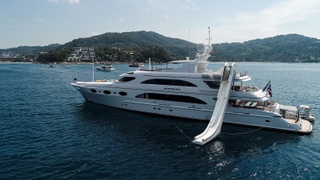 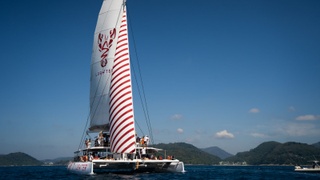 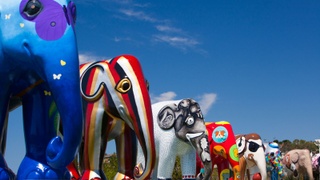 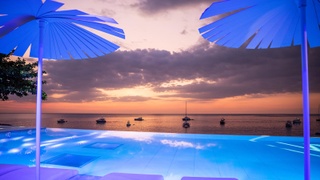 Between 12-15 December, superyachts descended upon Kata Rocks in Phuket, Thailand to participate in the Kata Rocks Superyacht Rendezvous 2019 (KRSR). The resort saw yacht owners, industry professionals and VIP guests interested in the yachting lifestyle all in attendance.

This year's edition showcased one of the largest fleets to date, with Nymphaea, Shangri-La and Sapphire just some of the yachts all on show. KRSR has also welcomed Sunseeker for the first time this year, who not only brought a sizeable fleet but also hosted the Owner’s Dinner. Alongside providing an opportunity for the yachting community to discover some of the industry’s latest offerings and raise awareness for marine conservation, KRSR also helped start off this year's Asia superyacht season with a bang.

The event kicked off on December 12, with a cruise and cocktail party on board Thailand's largest catamaran, Lobster. Held in collaboration with Seven Marine Phuket, attendees enjoyed off-shore views while listening to music from DJ Wii. Adrenalin-seeking guests were also invited on board the SACS Rebel 47 and Technohull for a thrilling ride along the Andaman coast. These off-shore entertainments were then followed by the annual beach BBQ on December 13 at the InterContinental Phuket Resort. Taking advantage of the resort’s serene beachfront location, Benetti hosted a pop-up spa during the event for attendees in need of a wellness top-up.

In partnership with Phuket-based charity Oceans For All and The International SeaKeepers Society, KRSR oversaw a number of activities specially designed as part of the event's charitable and sustainable development initiative. This began on December 7 with an educational beach clean-up and yoga session.

Following the beach clean-up, a private viewing party with a philanthropic purpose was hosted on December 14 by Italian glassworks Aries Murano in collaboration with KRSR. Over cocktails, guests admired a collection of yachting-inspired artwork as well as poignant pieces by The Fin Arts and Elephant Parade charities, which aim to raise awareness for the conservation of sharks and elephants respectively.

To close the event in style, an exclusive charity gala took place on the evening of December 14. The 'Soiree by The Sea' included a sit-down dinner and entertainment throughout the night and was sponsored by Leading Yachts of the World. To contribute to the work of The international SeaKeepers Society and Oceans For All, the dinner was followed by a silent auction that included a custom Oceans For All logo-stamped Triton, Subphotique timepiece, a bespoke Soiree by The Sea charm, an iAQUA Stingray watercraft and a Royal Thai Navy memorabilia shirt worn during the Chiang Rai cave rescue of the Wild Boar football team.

Lucas Yang, Head of Communications for The international SeaKeepers Society, commented on the success of the Soiree by The Sea by stating that the charity gala was "the perfect platform for us to reach out and work with a new group of superyacht owners who will hopefully allow us to collect even more data on microplastic levels at sea".

A last-minute addition to the auction was a 37-karat stunning Tanzanite ring generously donated by Fred Mouawad, the CoGuardian of Mouawad, and valued at over two million baht. Discussing the auction, Fred Mouawad said, “The Kata Rocks Superyacht Rendezvous event is a brilliant initiative to develop the yachting industry in Phuket and facilitate the connections amongst boat lovers." Mouawad added "such exhibitions and festivities are critical to the development of the yachting ecosystem in Thailand."

KRSR is scheduled to return for its fifth edition in 2020 from December 10 to 12.

Inside BOAT Live: Life Under Sail 2019

The Best Yachts to Charter This Christmas 2019