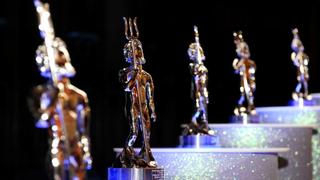 Announcing the Winners of the World Superyacht Awards 2011

On 7 May 2011 in the heart of the City of London, the superyacht industry's finest gathered in the magnificent surroundings of Guildhall for the most glamorous and anticipated event in the yachting calendar - the sixth annual World Superyacht Awards.

During a glittering gala evening attended by a distinguished guest list of over 500 superyacht owners, their families, friends and senior members of the superyacht industry, news broadcaster Natasha Kaplinsky presented the prized silver Neptunes to the proud owners of the finest sail and motor yachts delivered in 2010.

Nineteen coveted Neptune Awards, three Chihuly artworks designed especially for the occasion and five Judges' Commendation prizes by Baccarat were awarded to the winners on the night.

In the most competitive year to date in the history of these awards - the 'Oscars' of the superyacht world - the teams responsible for each yacht that secured a place as a finalist can be proud of their achievement.

The night's big winners were…

Motor Yacht of the Year, sponsored by Camper & Nicholsons International, went jointly to 162.50m Eclipse, by Blohm and Voss and styled by Terence Disdale Design and 50m Exuma, built by Pichiotti/Perini Navi and designed by Philippe Briand.

The Voyager's Award, sponsored by Porto Montenegro, was awarded to the owners of the 46m expedition yacht Dione Sky, whose route drew a figure of eight around both North and South America and crossed both the Arctic and Antarctic Circles.

The Legacy Award was presented to Elizabeth E Meyer, for her instrumental role in the restoration of the J-Class Yachts, beginning with her own 130-foot sloop Endeavour in 1983, and the founding of the International Yacht Restoration Society (IYRS) in 1993.