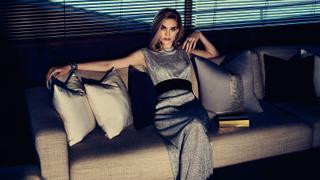 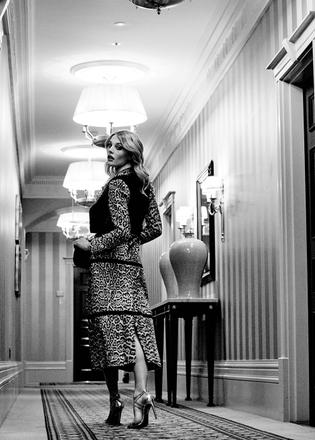 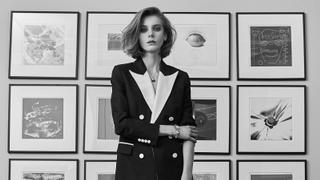 Inner workings: Why your interiors are the ultimate autobiography

From your colour palette to your choice of artworks, your interior design tastes can speak volumes, says Stephen Bayley...

The pioneering early 20th-century interior designer Elsie de Wolfe had a splendid motto. “Plenty of optimism and white paint” was her approach to even the most daunting acts of transformation.

With this in mind, she set about her projects. An early de-clutterer, an enemy of mess, a soldier in the avant-garde of good manners, de Wolfe created memorably bright and elegant spaces for both New York’s Colony Club and Vogue publisher Condé Nast.

But anyone can become an interior designer. Most of the heroes of the profession, including Elsie de Wolfe herself, were self-taught. Everyone has the qualifications: the interior design impulse should be almost instinctive. As Mary Eliza Haweis, a Victorian author and feminist with an interest in these things said: “Our houses, like the fish’s shell and the bird’s nest, ought to represent our individual taste and habits.”

To a degree, we are what we wear, what we eat, what we drive and, of course, what we live in. And the style of how we live betrays our hopes, fears, beliefs and preoccupations. David Hicks, a fashionable interior designer of the 1960s, explained that any interior is a sort of autobiography. Designing your own interior is an opportunity to act in your own drama.

So what are the rules? Answer: there are none. You make them up. There is no such thing as an academic discipline or a scientific method in interior design. The history of the subject is a glorious compote of antiquarianism, plagiarism, theft, borrowing, copying, fakery, wit, inspiration and, very occasionally, good sense.

But the starting point must always be the advice of William Morris, the textile designer and social reformer whose thoughts on the morality of making things and the dignity of labour informed the Modern Movement of the early 20th century.

Start with the words of William Morris: have nothing in your home that you do not know to be useful or feel to be beautiful

Morris believed that you should have nothing in your home that you do not know to be useful or feel to be beautiful. And you must interrogate stuff accordingly, expelling anything that does not pass the test. Of course, any sensible object will be both useful and beautiful. Which is what modern design was always meant to be, but that’s for another day.

I know whereof I speak. Paying fastidious attention to William Morris’s principle meant for the first years of our married life, we had neither carpet nor electric light since we could not afford anything useful, let alone anything beautiful. Although we did have candles, optimism and white paint. One day Issey Miyake came to visit our bare, spare house with its rough wooden floors and crepuscular corners. Taking it to be an exercise in Zen decor, he was thrilled. In fact, it was a demonstration of impecunity, not of proto-minimalism. But it was honest.

Budget aside, it’s another important principle not to rush acquisitions. Why? Because a perfect, completely finished interior is a delusion since any house is not something you finish, but something you start. Your autobiography should evolve. Unless you are dead. And interiors should be living things.

Do not attempt to impress, but to please yourself. And don’t think in terms of this or that style. Go for bold eclecticism or eclectic boldness. And always remember that anything well designed will go with anything else well designed. An Attic red-figure krater or calyx looks superb on Dieter Rams’ Vitsoe shelving system. Style is the result of the process, not the origin.

Surprise and hazard are worth cultivating too, if, that is, such anarchic forces can be disciplined at all. Sir John Soane knew this and created one of the most astonishing sequences of rooms in the entire history of architecture in his own home in Lincoln’s Inn Fields. In a different way, Franco Albini made a similar case for inspired eclecticism when in Milan he took baroque pictures out of frames and hung them on grey walls lit by 1950s spotlights.

Then there is the matter of what you might call the Noble Salvage: creative reuse or upcycling. Bricks and pallets can be improvised into furniture. I know a Fellow of The Royal Academy who uses a Transit van bonnet as a table. Galvanised vintage laundry pails are perfect planters for mature olive trees and giant cable spools make neat footstools. They look especially good next to a directoire chiffonier with ball-and-claw feet.

Repetition is another favourite device. One plastic Rococo picture frame from Zara Home looks rubbish, but 64 of them arranged in tight formation on a wall becomes very impressive. Especially if painted in the background colour. So too with the classic tea caddies from Kaikado in Kyoto. A single item is humble, but a long row of them on a shelf reaching to near infinity threatens to become a work of art.

Then there is the deadly question of taste. For most of us, the last frontier of shame. Personally, while I exult in the inspirationally insane Regency clutter of Sir John Soane, I would prefer to live under a more austere aesthetic regime. I would be very happy to live in the exquisite, tiny, perfectly proportioned cabanon, which Le Corbusier built for his own use in Roquebrune. This was his real machine, a demeurer. The great architect foreswore plush and obvious comfort, taking pleasure from good proportions instead, but was careful to build this cabin in the grounds of a very good restaurant.

In our case, as soon as we could afford it, a poured concrete floor the length of a swimming pool filled our basement. Interior design really is about personal choice.

Float away: How the superyacht spa took centre stage

The Best Outdoor Furniture For Summer