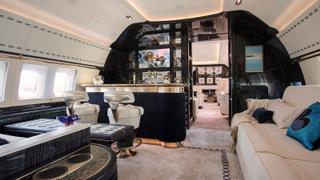 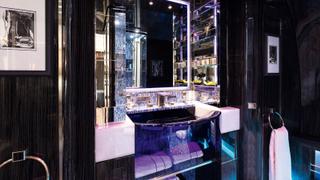 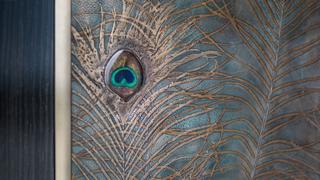 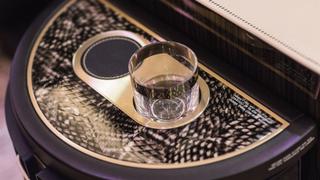 Famed superyacht designer Andrew Winch tells Tory Kingdon how he feels equally at home in an aircraft cabin as he does below deck...

Since Jon Bannenberg, the godfather of modern superyacht design, began his work in the 1960s, there has been no such thing as “just” a boat designer. Not long after Bannenberg took on his first solo yacht commission he diversified into private aviation. It’s a tradition that continues today, with the industry’s leading names working across luxury projects on land, at sea and in the air.

A case in point is Andrew Winch, of Winch Design. He has penned some of the world’s most famous superyachts – Areti, Madame Gu and Ace among them – and created the interiors of such notable yachts as Cloud 9 and Dilbar, and yet he is as excited by private jets as he is by boats.

“Aircraft are particularly unique,” he says. “You’re a captive guest on that flight, so you interact with the furniture and surroundings far more than you do in a house or on a yacht. Everything is designed from a particular seating position or from the bed, making the details very important. That makes it especially interesting.”

Winch Design’s entry into aviation began with a Boeing BBJ 2, delivered in 2002. “It was a continuation of what we do. We brought the same analysis of the owner’s lifestyle and the sophistication from the yacht industry into aviation,” says Winch. “All three divisions [yachts, aviation and architecture] are growing and there’s a lot of cross-fertilisation between departments. A client who likes our work on his yacht may well ask us to design his house, or his private jet too.”

The company’s latest aviation project is the design of a VVIP Boeing BBJ, a 19 passenger aircraft intended to be used by the client’s family and for entertaining business associates. As well as the clever configuration of layout, there is luxurious attention to detail and comfort. It is also exceptionally striking. “There are about three or four contrasting colours and nothing more than that,” says Jim Dixon, head of aviation at Winch Design. “It’s a very masculine, dramatic interior.”

The finishes are unique. “All of our clients like to see things that they haven’t seen before so we’re constantly working with our suppliers to offer new materials,” says Dixon. In this aircraft that includes a beautiful peacock-themed metallic panel you see as you enter the plane, and a rich, silver-flecked dark veneer across the bulkheads and furniture, made from reconstituted veneer rather than a plain wood species. A cross-stitch motif has been used on the leather seats, valance panels and carpets.

In the main lounge area, a shagreen-topped dining table unfolds to seat five, while another table can serve four. There is an elegant bar area, with adjustable leather stools (a hidden champagne cooler can be found in the bar) and there is full-spectrum, audio-synced lighting to create a party atmosphere. Then, through an electro-dimmable sliding glass door is a large aft lounge, which can be used as a family movie room or as a private office space with a U-shaped seating arrangement and a large desk area. The lounge can also function as an additional sleeping space, with two double beds. Further aft is the master suite and bathroom, the latter having a custom-made blue glass washbasin, large shower and a mirror-faced television integrated into the marble vanity area. “We’re creating homes in the sky,” says Dixon. “There is no reason the client’s aircraft should be any less comfortable than their own sitting room.”

Of course, as with boats, planes have their challenges. “There are strict regulations: the weight of materials, the complexity of engineering involved. Aircraft interiors are the most expensive you can build,” says Winch. But this doesn’t hold them back. “We are constantly encouraging people to push the boundaries. By applying logic, common sense and creativity, we can push everybody’s mind to develop the industry,” he says.

Next on the agenda is the creation of Halo, a behemoth of an airship that flies below 12,000 feet, making it unpressurised and allowing passengers to experience their surroundings from open-air viewing decks. Within the aircraft, there will be more than 20 bedroom suites, conference and work spaces, a spa, a cinema and a nightclub, as well as a cargo deck that can contain a boat over 50 metres in length. “Halo really is a ground-breaking project,” says Winch. “It’ll provide a completely new perspective on the world.” As we said, there really is no such thing as “just” a boat designer.