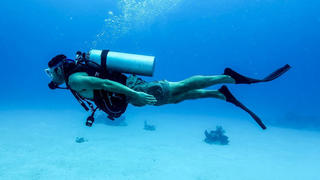 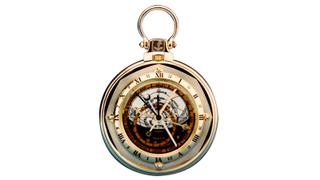 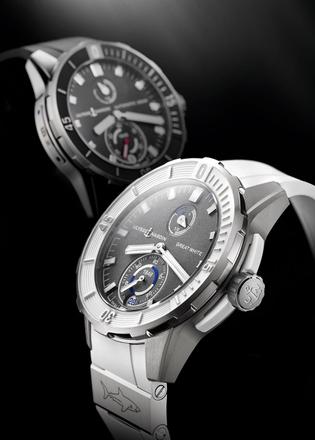 Plenty of dial names produce watches that look the part on board a boat, but few can boast quite such strong links with the sea as Ulysse Nardin. The brand became renowned for its marine chronometers during the latter half of the 19th century and went on to supply the navies of no fewer than 50 countries. A chronometer was once the most important item to be carried on board since its accuracy provided the key to navigation – and Ulysse Nardin’s reputation for making the best available is borne out by the fact that it remained in demand well into the 1960s and won the firm 4,300 observatory certificates.

But by the early 1980s electronic timekeepers had surpassed even Ulysse Nardin’s finest efforts, and the name might have been consigned to the history books were it not for Zurich-born businessman Rolf Schnyder, who bought the company when it was on its uppers. Schnyder successfully revived the firm as a high-end maker, and it quickly won a Guinness World Record for its Astrolabium Galileo Galilei of 1985 – then the most complex wristwatch ever created – before becoming a pioneer in the use of high-tech materials.

Since Schnyder’s death in 2011 and the subsequent sale of Ulysse Nardin to the Kering luxury goods group three years later, the brand has done relatively little of note – until September’s Monaco Yacht Show when it pulled the wraps off an entirely new dive watch collection comprising four models, all of which are chronometer certified. The two core designs feature dials of deep blue or black, 44mm salt- and corrosion- resistant titanium cases and Ulysse Nardin’s in-house UN-118 self-winding movement that can be seen in all its well-finished glory through a transparent back. A concave unidirectional bezel, a thick, domed crystal and a water-resistance rating down to 300 metres complete a specification that makes these genuinely seaworthy watches.

For those who prefer their timepieces a little more exclusive, the Diver Chronometer is available in two limited editions: the 300-piece Great White featuring a white rubber strap and white bezel, and the 100-piece Monaco model that carries an image of the Monegasque flag at the 12 o’clock position and the principality’s coat of arms on the case back.

If your GPS should fail and you can still remember how to read a chart, you might just be able to use one to navigate your way to safety.