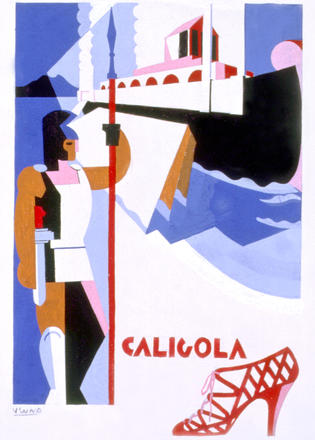 Book it now: 1927 The Return to Italy at Museo Salvatore Ferragamo, Florence

If you’re heading to Florence for the World Superyacht Awards 2017 be sure to add an extra few days to your trip to attend the opening of a new exhibition at the city’s Museo Salvatore Ferragamo.

The museum dedicated to the famous shoe designer, which is situated in the heart of the Italian city, will be marking the 90th anniversary of Ferragamo’s return to Italy from the United States with a new exhibition entitled 1927 The Return to Italy: Ferragamo and Twentieth-Century Visual Culture. Curated by Carlo Sisi and designed by Maurizio Balo, the exhibition will trace the story of some of Italy’s most iconic twentieth century artists - with particular emphasis on those that inspired or influenced Ferragamo’s designs - exploring their works and the context of the post-WW1 era and rise of Fascism in which they were created.

1927 The Return to Italy will be open to the public throughout it’s almost year-long span with works by the likes of Gio Ponti, Mino Maccari, Thayaht and Ottone Rosai along with vintage advertisements made for Ferragamo by Lucio Venna (pictured), archival photographs, clothing, fabrics and, of course, shoes. The aim of the exhibition is to both celebrate Ferragamo's legacy as Hollywood’s go-to shoe designer throughout the 1920s and showcase the Italian craftsmanship, creativity and artistry that helped Salvatore Ferragamo go on to become an internationally renowned brand to this day.

1927 The Return to Italy: Ferragamo and Twentieth-Century Visual Culture will run from May 18, 2017 – May 2, 2018 at Museo Salvatore Ferragamo, Florence. Visit ferragamo.com/museo for more information.