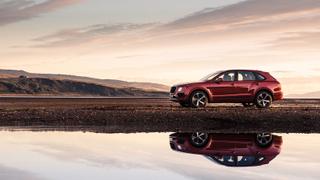 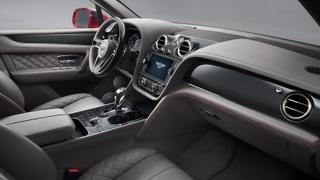 One of my favourite contemporary yacht designers is Nigel Irens, not only because he happens to be a friend but because he builds boats that are as beautiful as they are efficient. Many people are having second thoughts about the viability of massive gas-guzzling, toxin-producing internal combustion motors. Modern technology has proved that – aside from adopting electric power – the “optimisation” of fossil-fuelled engines can provide a decent balance of performance, economy and reduced emissions.

As far as superyachts go, it’s an area that’s still being explored – but in the automobile world, the sense of making small(er) engines with greater “go” has already become well established.

Bentley’s latest take on its Bentayga super luxury SUV is a case in point. When the car first went on sale two years ago, it came with a single engine option in the form of the mighty six-litre twin turbocharged W12 engine that punches out an outrageous 600hp and can catapult “the world’s fastest SUV” to 60mph in a little more than four seconds and send it on to a maximum speed of 187mph. The fact that the Bentayga weighs roughly 2.5 tonnes might, in theory, justify the use of such a vast powerplant – but it was obvious from the start that the car would not be significantly diminished if it were fitted with a smaller but more efficient engine.

Bentley duly took the plunge last year and offered it with an Audi-derived diesel – the first (and probably last) diesel engine in the marque’s history. It resulted in vastly improved fuel economy and perfectly good performance, giving a top speed of 168mph.

What the diesel Bentayga lacks, however, is that particular combination of sporting performance and refinement for which Bentley has always been known – a fact that has now been addressed with the obvious solution of making the Bentayga available with the superb V8 engine used in models such as the Continental GT, Mulsanne and Flying Spur.

And guess what? Lopping off four cylinders, reducing cylinder capacity by two litres and coping with a “mere” 542hp means the V8 petrol Bentayga loses just 7mph off the W12’s top speed – and, believe it or not, is a whole lot more fun to drive, being markedly lighter, notably sharper on the uptake, better handling, even nicer sounding and more economical (although it still won’t save the planet).

Some, of course, will continue to favour the W12 simply because it’s “the ultimate”, but most such people will inhabit countries where petrol is cheaper than water – and will probably never believe that “less really can be more”.