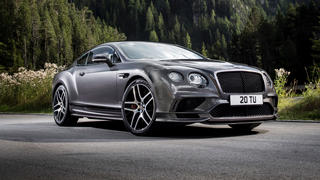 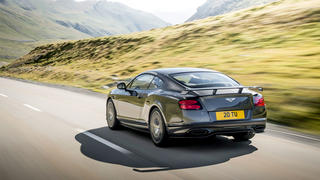 Does this idea of hitting 209mph in effortless style and comfort appeal? Simon de Burton on why the Bentley Continental Gt Supersports is one of the best new supercars to invest in now...

Just as big numbers are important in superyacht circles – you know, fastest top speed, longest hull, biggest sundeck, that sort of thing – so they are in the world of high-end cars. Which is why Bentley’s new Continental GT Supersports is not only the fastest road-going machine from the Winged B’s stable ever to wear rubber, but it’s also the quickest- accelerating, most powerful and, what’s more, the most torque-laden.

A high level of torque – or pulling power – is essential in achieving the sense of effortless progress for which Bentleys are renowned. And the new Supersports probably has enough torque to pull one of Roman Abramovich’s superyachts: 1,017 newton metres of it, to be precise, churned out from a lowly 2,050rpm by the venerable six litre, W12 engine that has powered the Continental GT in various states of tune since the car was launched in 2003.

The Supersports variant first appeared in 2009 as a two-seater with carbon fibre racing seats, a wider rear axle and 110kg shaved off the standard car’s weight. Around 1,500 were sold but customer feedback indicated the lack of rear seats was considered an inconvenience. So the new Supersports is a full (ish) four-seater – and its 209mph top speed makes it the fastest one on the market.

This isn’t a sports car in the nimble mode of a Caterham Seven or a Ferrari 488, but an effortless earth-shrinker that will cosset you in its racy quilted-leather, carbon-clad, multi-hued interior while spearing you between borders on just a whiff of throttle.

Of the available body styles, the coupé looks best with its taut roofline and boy-racerish rear wing, but the convertible would certainly cut (even) more of a dash when pulling up at the world’s glitziest marinas. Which probably makes the Supersports and super ports a match made in heaven.

How the 1930s Atalanta classic car is making a comeback