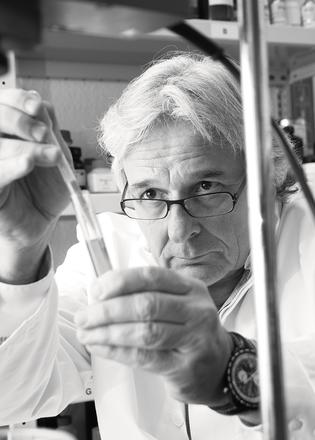 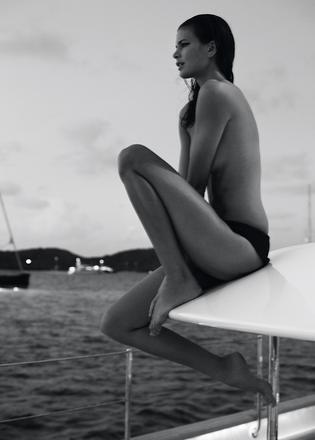 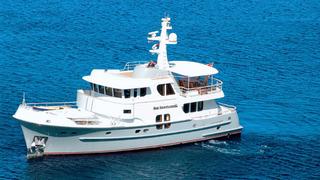 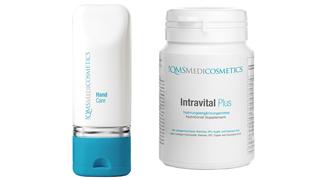 Beautician and yacht owner Erich Schulte is 64, has spent thousands of hours in the sun on his beloved boat, yet hardly has a wrinkle. He shares his secrets with Olivia Falcon and tells us why he makes the best anti-ageing products.

An Arctic wind is blowing through London when I meet Dr Erich Schulte, the German skincare guru and, as it turns out, lifelong sailor. In spite of the sub-zero temperature, Schulte arrives in deck shoes, navy chinos and a blue and white striped blazer, dressed more appropriately for cocktails on the deck of his 21 metre explorer than a city rendezvous.

He is fresh off the plane from Dubai, where he has been lecturing on his award-winning QMS Medicosmetics skincare range – and where the luxury seven-star Burj al Arab Jumeirah hotel has just introduced Schulte’s products to its Talise Spa. He greets me with a ferociously firm handshake and fresh-faced smile that shows no trace of jet lag or the kind of weather-beaten skin you might expect from an avid sailor. He clearly takes care of his complexion, which is not so surprising considering that he advises the German government on European legislation on skincare. At the age of 64 he also seems to have energy levels that would put a fit 30 year old to shame. So what’s his secret?

We meet at the QMS store and spa near Sloane Square. It has become a mecca for well-heeled Londoners, who come for his collagen-boosting facials that work wonders to erase signs of fast-paced lifestyles. Flicking through a book of press cuttings, I see Schulte’s passion is not limited to boats: a collection of cars and bikes, including a Bentley Continental and two Harley-Davidsons, is tucked away in the garage of his Marbella home. “I used to have a Beechcraft Bonanza plane, too,” he adds, “but I didn’t have the time to renew the pilot’s licence.”

It’s his passion for the open sea rather than the open road or skies that takes up much of his time these days. This year he plans to circumnavigate the British Isles in his boat, Med Adventure, for a second time. He did it in 2010 – and in only three weeks. “On this trip I want to take it at a more leisurely pace,” he explains, “to revisit places like Rick Stein’s restaurant in Padstow a few more times.”

Schulte is full of tips on where to drop anchor in the Mediterranean and reveals that his favourite restaurant is a tiny taverna in Vathy Bay off the Greek island of Ithaca – “for the best fish in the world”. His love of sailing, he says, started when he was very young. “One of my first memories was when I was four years old, sailing on Lake Wörthersee in Austria. I remember that sensation when wind filled the sails and the boat inclined towards the water. This was the moment when I was bitten by the bug.”

Schulte nurtured his passion at boarding school in northern Germany, where he joined an after-school club to clean, paint and fix up old boats. He was 14 years old when he first raced in the Kieler Woche festival and went on to spend all his spare time captaining catamarans. In 1980 he became European champion in the Hobie Cat 16 B category and now holds the German equivalent of the Yachtmaster Ocean qualification.

“As my income became bigger so did my boats,” says Schulte. “In my 30s I had a Swan 46. Then I wanted to travel more and decided to go for a motor boat, but when wind gets up you have to slow down.” The need for speed eventually led him to the door of naval architect René van der Velden.

On Schulte's instructions, the Dutchman created a “no-nonsense, go-anywhere boat”, a bespoke explorer vessel that Schulte named Med Adventure. “This is not a gin palace,” he says. “It's a beast that carries 23,000 litres of fuel - so it can easily do a 5,000-mile trans-Pacific crossing without refuelling, with two Caterpillar engines, which give it a maximum speed of 13 knots and a cruising speed of 10 knots.”

Since Schulte received Med Adventure in 2003 he has sailed her to every corner of the Med, up to the Norwegian Sea in the Arctic Ocean and completed that trip around England, Wales and Scotland in 2010, which began from St Katharine Docks, near Tower Bridge, in London. He would return there two years later, mooring Med Adventure in that same picturesque dock for the duration of the London 2012 Olympics.

The boat has only two cabins (a huge master and a guest), with additional berths for two crew, but this suits Schulte just fine. “I only like to cruise with my family,” he says. Schulte has been married to Yvonne for 26 years and has three daughters and five grandchildren. He also has a Lymington Scow aboard, on which his grandsons can cut their teeth.

Schulte began his career as a craniofacial surgeon at Göttingen University medical centre, treating victims of road traffic accidents, healing burns and excelling at traumatology (bone fractures). “I learnt how to move the tissue and muscles and got a real feel of the facial structure,” says Schulte. This work sparked his interest in the ageing face and he would go on to set up a successful cosmetic surgery practice in Marbella.

Ever the perfectionist, he was driven to develop a way of improving his patient’s skin post-surgery. He started researching ways to deliver collagen into the skin to rejuvenate it from the inside out. “Collagen is responsible for elasticity in the skin,” explains Schulte, “and from the age of about 25 years old it decreases dramatically. But the problem is collagen’s structure makes it very tricky to penetrate the skin barrier.”

His breakthrough came when he developed a method to condition natural collagen in such a way that it can be reintroduced into the epidermal layer. This patented delivery system is at the cornerstone of the innovative QMS Medicosmetics brand.

The real proof of his work came in 2000 when Schulte himself was the victim of a horrific accident. Holidaying in Mallorca, he and a friend were blown off the back of a Zodiac RIB while trying to start a faulty engine. Suffering third-degree burns, both men quickly covered themselves in Schulte’s collagen serum before heading to hospital. Schulte shows me photographs of his shocking injuries and then pulls up his trouser leg to reveal what is now remarkably scar-free skin.

Having been a beauty editor for 15 years, I’ve seen and heard it all when it comes to wonder products, but I’m impressed. Schulte and his collagen serums seem to be the real deal. No sooner has he stopped talking than he’s heading out the door, on to his next adventure – to Venice to check out his latest QMS spa venture at the new JW Marriott hotel there. “It’s probably the only spa in the world with its own boat dock,” he winks.