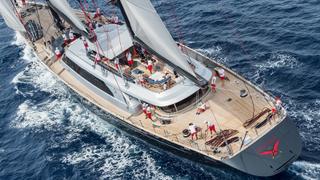 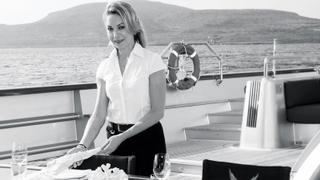 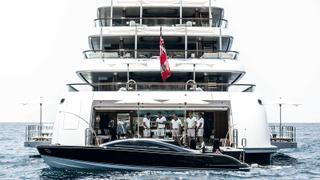 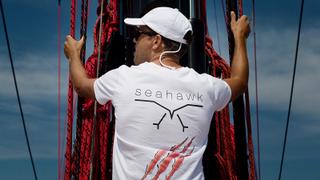 Outfit for purpose: The new rules of crew uniform

The past few years have seen a casualisation of dress in almost all spheres. Even Goldman Sachs announced last summer that it would tolerate its technology staff wearing “totally casual” clothes in the hope that this would stop them jumping ship to hipper tech companies.

So where once quasi-military uniforms – brass buttons, epaulettes and lots of smart navy – held sway on the world’s superyachts, so most crews now dress in polo shirts and shorts, mostly in blue, white or shades of khaki, discreetly printed, or more classily embroidered, with the yacht’s name or sail number. So far, so practical. Such get-ups are comfortable, easy to launder and can be made from fabrics incorporating a high sun protection factor. Best of all, your guests will never feel upstaged.

But as former crew member Lauren Williams, whose previous role at sea incorporated seamstress duties, taking in and letting out uniforms to improve their fit, has blogged on onboardonline.com, polo shirts do not suit everyone, especially women. She has a point, although her solution – “a light and breezy chiffon top” – won’t have delighted every stewardess unless Williams has discovered a brand of opaque machine-washable SPF40 chiffon.

But there’s no disputing her opinion that a uniform of white shorts is “the world’s worst idea [because] sometimes crew need to deal with oil and grease and rust”. Indeed the truth in this perhaps explains the growing popularity of black for shorts and increasingly trousers as an option for crew who want to keep the sun off their legs and owners who feel a duty of care towards them.

Take the stewardesses on Maltese Falcon, the handsome 88 metre Perini Navi sailing yacht, who wear crisp white shirts and skinny black trousers cropped just above the ankle, outfits that call to mind a young Audrey Hepburn. Capri pants of a similar sort, paired with white T-shirts, were spotted on female staff on Fleur and Heureka at last year’s Monaco Yacht Show too. On Elixir, long-sleeved black shirts with black trousers are in order for the officers and engineers.

In light of its elegant modern Studio Linse interiors, it’s no surprise that the owner of Icon has sought a different look for its stewardesses, namely smart but stretchy black and white striped dresses with boat necks and cut-outs to emphasise their svelte waists: flattering, fun and subtly evocative both of the boat’s striking Redman Whiteley Dixon-designed exterior and the monochrome tiles in its fabulous hammam.

The men, for the record, are dressed in black polo shirts and white shorts (let’s hope they’re not dry clean only). Striped dresses – in this instance in navy and white more in the style of a classic Breton jersey – are in order for the stewardesses on Casino Royale too.

Stripes will always have a nautical resonance but a process known as dye sublimation (effectively a kind of photo-printing popularised by swimwear designer Orlebar Brown) means that crew uniform can now incorporate images of the yacht itself or even the islands and marine life among which it sails. The beach staff at Eden Rock Hotel in St Barths, for example, sport bespoke Orlebar Brown shorts printed with a scene of the nearby shore.

As Ed Taylor, of Dorset-based crew uniform supplier Taylor Made Designs, explains, the “image actually becomes part of the garment itself, [resulting] in an incredibly high-quality photographic finish design with extraordinarily brilliant colours. The design can be printed all over the garment, all the way up to the seams and onto the sleeves.”

The images, he assures, will not crack or peel and will last numerous washes. The only downside is that, for the moment, it’s a technology that works only on polyester. Your crew may have something to say about that in a tropical climate. And a cool, comfortable, happy crew is always going to look and function better than a perspiring one.

The Most Outrageous On Board Guest Requests