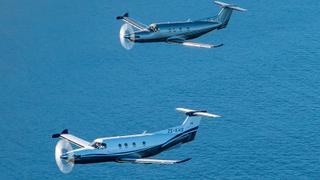 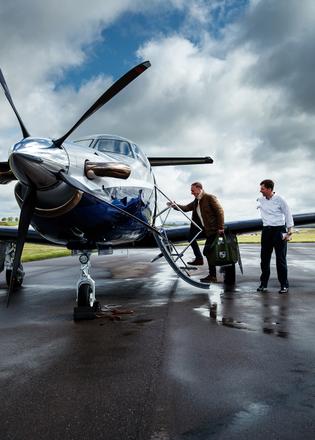 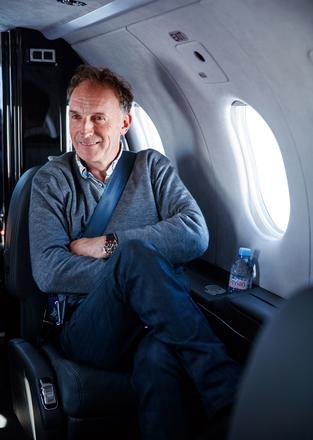 The jet of many talents: On board the the Pilatus PC prop plane

A recent invitation to the low-key-luxurious Carnegie Club at Skibo Castle in the Scottish Highlands doubled as an opportunity to experience one of the most versatile small to medium-sized private aircraft on the market – the Pilatus PC-12, the single-engined turbo prop that effectively created a new class when it went into production back in 1994.

Pilatus, Switzerland’s only aircraft manufacturer, introduced the PC-12 as an all-round plane with a large cargo capacity and the useful ability to land and take off in short distances on unmetalled surfaces. Soon, however, the usefulness and adaptability of the PC-12 led to a growing demand from business users after it proved itself to be superbly reliable and capable of being configured in numerous ways, as well as being economical to operate and with almost unmatched residual value.

As a result, the second generation PC-12 NG, which has now been available for a decade, could be termed “the thinking person’s private plane”. In its very latest form it offers the most powerful and under-stressed version yet of the Pratt & Whitney turboprop engine, a state-of-the-art Honeywell Primus Apex touchscreen avionics suite that was developed especially, and myriad interior configurations that enable it to be built as anything from an eight-seat executive aircraft to a “combi” layout capable of carrying a family of four and, perhaps, your favourite motorbike or other form of small ground vehicle.

The PC-12 created such a good name for Pilatus that when the firm announced five years ago that it was developing a twin- engined business jet, the PC-24, offering similar versatility to the turboprop but with greater performance, it caused high excitement – and orders for the first 84 were taken as soon as the books were opened. The first of these super-versatile jets was delivered at the start of this year, with a further 22 destined to reach customers before 2019. It is by no means a replacement for the PC-12 or NG, merely a faster, more sophisticated alternative. And, for prospective buyers with a $5 million to $10 million budget, it may have created something of a dilemma. oriensaviation.com

The sky's the limit: In praise of private aviation