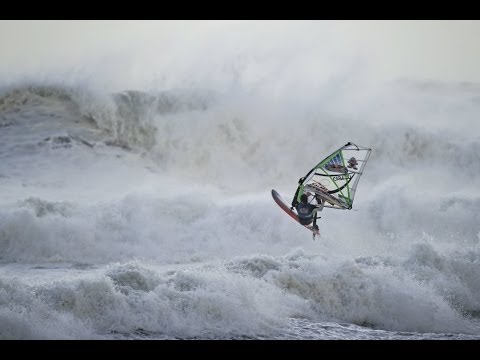 For most superyacht owners the experience of windsurfing is a wholly pleasant one involving light winds, warm temperatures and crystal seas. Not so for the hard core enthusiasts who take part in annual windsurfing competition Storm Chase.

As the name suggests, these brave athletes pit themselves against the toughest conditions the ocean can throw at them to prove their prowess, stamina and skill – and lucky for us 2014’s final showdown was all caught on camera.

After making it through events in Ireland and Australia, four of the world’s best windsurfers found themselves in the South West of England in February 2014 to battle winds of 70 knots and some of the biggest waves the Cornish coast has ever seen.

It probably goes without saying that this type of extreme sport comes with considerable risk to which even the best are not immune. As the video shows, there were plenty of spills and slips throughout the event with more than one competitor plunging head first into the freezing sea.

However, the upside of these high winds and waves was the extra height and speed the athletes were able to build up. Soaring high above the ocean, the tricks and flips they were able to produce really demonstrated why these men are at the top of their sport.

In the end the trophy was taken by French man Thomas Traversa, with Brazil’s Marcilio Browne and two German competitors, Leon Jamaer and Dany Bruch, close behind.

Of course, taking on a hurricane isn’t the only amazing thing you can do while windsurfing. Alistair McLeod recently became the first person to windsurf the huge Pedra Blanca wave and the annual Defi Wind event sees 1200 windsurfers race against each other in a spectacle that has to be seen to be believed.