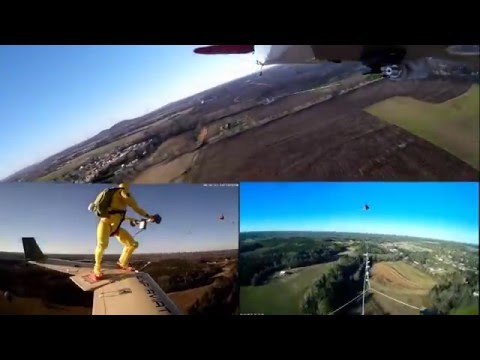 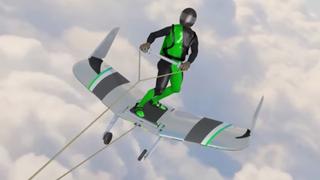 Watch: It may soon be possible to wakeboard behind your private jet

It’s common knowledge that every luxury yacht comes equipped with a toy box full of the top jet skis, superyacht slides and best water toys for children — and the same could soon be true of your private jet.

Innovative American start-up Wyp Aviation is on the verge of releasing the world’s first airborne wakeboard and, for those brave enough, it’s bound to become a private jet must-have.

The Wyp WingBoard is essentially a high tech wakeboard and, just like its nautical counterpart, works via a tow rope connected to a small aircraft. The main difference between a wakeboard and the WingBoard are two wheels on the front of the WingBoard to reduce friction during take off and two aeroplane-style vertical wings on either end of the board to help provide lift and stability while in the air.

The rider is connected to the board via snowboard-style bindings and maintains an upright stance throughout flight, allowing them to twist and turn to perform tricks while still bracing against the force of the tow rope. As the video above shows, the WingBoard even allows the plane’s pilot to have a little fun, performing barrel rolls which in turn give the rider a thrilling (if mildly terrifying) flight experience.

When it comes to landing, boarders are presented with two options: landing using a parachute or a rolling landing while still attached to the plane. A rolling landing is slightly trickier as the pilot must be aware of the rider’s proximity to the runway but is an important safety manoeuvre should the tow rope become stuck making a parachute landing impossible.

Of course, safety is a key concern with a sport as extreme as this and Wyp has taken measures to ensure the WingBoard is a viable option for riders of all levels. Both the rider and the board are equipped with parachutes so that, even if they become separated, there is no risk of anyone on the ground being hit by a falling board. Both the binding and the tow line also have automated releases to eliminate any chance a rider may become tangled in the line or stuck on a spinning or out-of-control board.

While the WingBoard is still in testing phase, Wyp Aviation has made it clear it plans to put the board into commercial production in the near future. The only questions is — are you brave enough to give it a go?

On board the private jet inspired by classic yachts