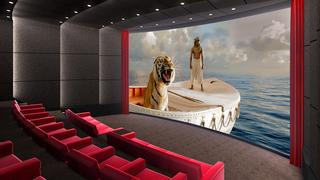 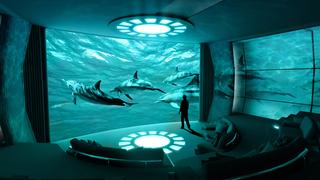 You can now install an Imax cinema on your superyacht

From the best superyacht outdoor cinemas to luxury charter yachts with cinemas, having a big screen on which to indulge in your favourite films is nothing new in the superyacht world. But, with technology advancing all the time, how do you keep your on board cinema up to date?

Imax may have just solved this problem with a new range of private home theatres which are guaranteed to dazzle for years to come. Available in entry-level Palais and top-of-the-range Platinum versions, the screens reach up to 24 metres wide and 13 metres tall with prices ranging from $400,000 – $2.75 million plus building works (a dedicated extension is normally required for a land-based home).

Already snapped up for the Beverly Hills home of a famous film star, there are currently eight Imax Private Theatres on order with rumours circulating that a European yacht owner is about to sign a deal for the first on board screen.

Ideal for a sociable yacht owner with a large family, the Platinum is large enough to screen for up to 40 people and both versions feature 4K resolution with 3D capability, a nine channel Imax surround-sound system and a dedicated touchscreen tablet controller. The system also comes preloaded with 200 Imax movies while internet film portal Prima will deliver new in-cinema films for $500 per screening.

Each screen is completed with a theatre designed by Theo Kalomirakis while options to customise the seating, screen curtains, food and drink tables and lighting to suit your preferences are available.

Of course, you will also be able to involve your yacht interior designer in the project — after all, this is not the first time Imax has marketed itself to the yachting community. In 2014, designer Ken Freivokh teamed up with Imax, Genesis Technologies and Yacht Intelligence to create the Nemo Room concept. Designed for a 150 metre yacht which unfortunately opted out of the project, the Nemo Room boasted a huge Imax screen which also projected live underwater images from the yacht’s CCTV cameras allowing it to double as an immersive aquarium.

How to keep your onboard cinema up to date

5 of the best luxury yachts for charter with cinemas