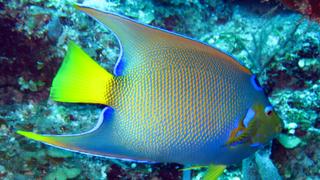 Sunseeker International has announced that it will be working alongside the NGO Blue Marine Foundation (BLUE) in an effort to support ocean conservation.

BLUE, created in 2010, is a foundation that strives to protect the world’s oceans. Based in the UK, it is making waves across the globe, calling attention to the worldwide issue of overfishing and its impact on marine life. The foundation’s work has included helping with the creation of a marine protected area around Ascension Island, as well as introducing sustainable fishing in the Aeolian Islands and tackling plastic waste in the Mediterranean. BLUE’s projects have made a significant impact, but the partnership with Sunseeker means that the charity will be able to tackle the problem of marine damage on an even greater scale.

Speaking on the announcement, Phil Popham, CEO of Sunseeker, said he was “delighted” about the new partnership. “I was particularly impressed with the energy and motivation of the charity which is evident in the fantastic work that is carried out across the world and in many of our popular boating locations,” he said. “This is a cause which really resonates with me as I am sure it will with our owners too. Our oceans are a vital resource and it is essential we all do what we can to preserve them”.

BLUE and Sunseeker will also combine their forces to aid the Blue Marine Yacht Club (BMYC), a foundation established in 2012 by His Serene Highness Prince Albert II of Monaco. By becoming a member of BMYC, individuals from the yachting community help fund BLUE’s projects. Going forward, Sunseeker will introduce its clients to BMYC in order to contribute to marine preservation.

BLUE CEO Clare Brook expressed her enthusiasm for the partnership, stating: “Sunseeker’s inspirational and generous support will enable BLUE to make real progress in its work to protect more of the world’s oceans. We hope that through this partnership, Sunseeker and their clients – people who really love and understand the sea – will be able to enjoy its unspoiled beauty for generations to come.”

One superyacht owner's mission to save the seas