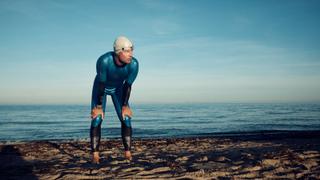 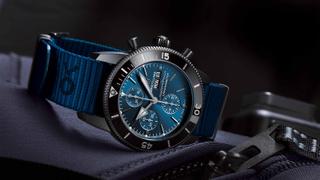 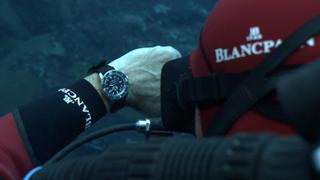 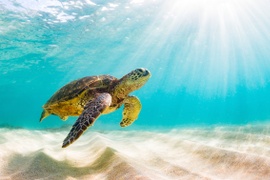 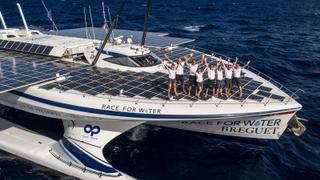 With ocean plastic pollution, coral reef bleaching and climate change some of the biggest issues facing the environment, it pays for companies to be seen to be doing their bit to help. While fashion and beauty brands have led the way when it comes to saving the oceans, watchmakers have not been far behind with many announcing limited edition watches with charitable donations, philanthropic partnerships and awareness campaigns in recent years. If you’re looking to add to your timepiece collection this season be sure to invest in a house that cares as much about the ocean as you do…

Swiss watchmaker Oris has been involved with ocean health campaigns for many years and along the way has worked with charities including the Coral Restoration Foundation, Pelagios Kakunjá (a non-profit focused on protecting endangered shark species) and conservationists seeking to make Clipperton Island a UNESCO World Heritage site. In January 2019 it announced a new collaboration with expedition swimmer Ernst Bromeis which will see the brand support Bromeis’ 800km swim across Lake Baikal to raise awareness of plastic pollution.

What to buy: The Oris Aquis Date Relief which will be worn by Bromeis during the expedition. From £1,400, oris.ch.

Following in the wake of a number of fashion and accessories brands, in October 2018 Breitling unveiled its first watch with a strap made from recycled ocean plastic. This commitment to marine health comes as part of a new collaboration with sustainable fashion brand Outerknown whose co-founder Kelly Slater is part of the new Breitling Surfer Squad alongside Stephanie Gilmore and Sally Fitzgibbons. The diver’s timepiece features a strap made from ECONYL, a fabric made from recycled fishing nets often used by Outerknown in its collections, and comes packaged in a fully biodegradable box.

One of the watch world’s longest standing ocean advocates, Blancpain founded its Ocean Commitment campaign in 2011 and has since gone on to fund 18 marine exploration missions, help establish 11 marine protected areas totalling more than 4.2 million kilometres square and sponsor a number of awareness projects including the annual Festisub and the work of numerous underwater photographers. This has been made possible thanks to Blancpain’s Fifity Fathoms limited edition models, from which €1,000 of each sale goes towards marine conservation projects and admits the owner into the Blancpain Ocean Commitment Circle, granting access to special events and opportunities to meet the scientists and explorers behind each project.

Certina has used the turtle emblem as a symbol of its DS ‘Double Security’ concept since the 1960s. In 2017 it gave this logo a deeper meaning by forming a partnership with the US-based Sea Turtle Conservancy – the world’s oldest sea turtle research and protection organisation. As part of this partnership Certina released a special edition timepiece in 2018, a portion of the proceeds from which are donated to the Conservancy, as well as sponsoring a turtle in the charity’s annual ‘Tour de Turtles’ which uses satellite technology to track the migration of more than a dozen turtles over three months each summer.

Founded on an ethos that combines Italian design, Swiss craftsmanship and a passion for the ocean, Panerai has long been involved with all things aquatic. Along with its annual Classic Yacht Challenge and the restoration of Eilean, a sailing yacht originally built in 1936 (pictured), Panerai has also helped fund numerous ocean conservation projects. Between 2008 and 2012, for example, it sponsored Mike Horn’s Pangaea expedition to sail around every continent in a yacht built from recycled materials. More recently the brand debuted a new line of partnerships and timepieces in its Submersible line at SIHH 2019, including collaborations with freediver Guillaume Nery, the Luna Rossa America’s Cup team and a second partnership with Mike Horn.

What to buy: The Panerai Submersible Mike Horn Edition is limited to 19 pieces and features a recycled plastic strap. The owner of each timepiece will also be offered the opportunity to embark on a unique ocean-saving experience with Mike Horn. £34,800, panerai.com.

Something of a newcomer to the ocean conservation world, Breguet announced at Baselworld 2018 that it would be undertaking a charitable initiative with non-profit Race for Water. The long-term partnership will see the watch brand sponsor Race for Water’s Odyssey 2017 – 2021 mission in which a group of scientists and environmentalists will sail around the world on a solar powered boat. The team will gather research and data during their time at sea, stopping off at 35 key locations to share their findings and raise awareness.

What to buy: Breguet Marine Race for Water. POA, breguet.com.

Eco-friendly edit: The beauty and grooming brands eliminating on board plastics