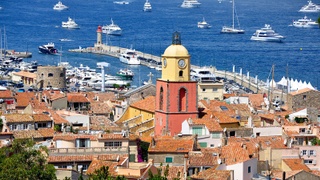 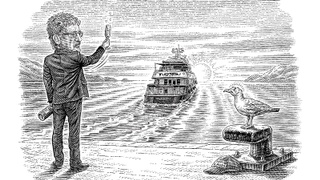 Lippy from the Liffey: Eddie Jordan on his friendship with the late Niki Lauda

It’s been a turbulent time for Eddie Jordan. But a hairy moment in high winds off Saint-Tropez was as nothing to the shock of losing his great friend, Niki Lauda

We had a bit of drama in Saint-Tropez over Easter. We got Blush back from the Caribbean and I had been looking forward to spending time on board in some nice South of France weather. But, of course, that was not to be – and the wind starting gusting to 50 knots.

A number of boats around us were having trouble and we watched as a few smaller ones ended up on the shore. And then our anchor chain snapped! We only realised when we noticed the boat moving. Luckily, we got the second hook down in time before we ended up like those smaller boats, but it was close. We could easily have been on the rocks. Thank God it happened during the day when all the crew were on board. So here’s a bit of advice: never be scared to dig a second anchor in!

I’m writing this in Monaco on the eve of the Grand Prix, and what is usually a really fun, joyous event is a bit more sombre this year owing to the passing of my good friend Niki Lauda. I’ve just been speaking to Lewis Hamilton and he was distraught. Niki was the one who asked me to talk to Lewis about a possible move to Mercedes. He owes a lot to Niki – we all do.

I knew him better than most. I met him in 1977, when we were racing for the same team. He had just won the world championship and I was this junior driver. I was so inferior next to him but he never made me feel like that. He always gave me such encouragement and loved watching the Jordan team develop. He was always very matter-of-fact, but his delivery was brilliant. You were never in any doubt about what he was saying or thinking.

He absolutely loved his boats, of course, so we shared that passion. He bought the 45-metre Tugatsu with fellow driver Gerhard Berger and spent a lot of time on board. He loved flying as well, and naturally flew his own plane. He even started his own airline. It was the same with the boat – he liked to take control. And he was always deadly serious about safety, as you can imagine after what happened to him. But when he was in party mode, man, you’d have to tie everything down because anything could happen.

I remember one great story. Ayrton Senna had just won the championship and Gerhard and Niki fed him a load of schnapps. They convinced him to go downstairs – well out of it by this stage – and give Eddie Irvine, who was driving for me at the time, a smack. It was Irvine’s first grand prix and he had dared to try and pass the great Ayrton Senna! So the two of them square up, because Irvine’s having none of it, and it ends up with Senna punching Irvine. Of course, it went all over the press – and the people responsible for it were the Austrians, Berger and Lauda! They were always pulling pranks like that.

One thing I could never figure out, though, was his fashion choices. He was always so casual. He would wear jeans to board meetings 30 years before everyone else started doing it, and he always wore deck shoes, no matter what the outfit. But he had this annoying habit of never doing up all the buttons on his jeans. I’d say, “Niki, can you please do that button up?” It was like his calling card.

In all other parts of his life he was a perfectionist, but without being boring. He had true charisma and was a huge amount of fun. When the news of his death came through, I dropped a little tear. He was one of a kind.

Darling on Deck: Kristin Ducote's top tips for keeping your wife happy on board

The guest rulebook: An essential yachtie guide to staying on board