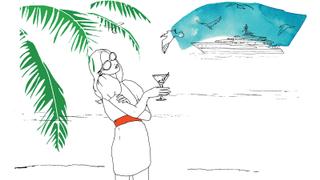 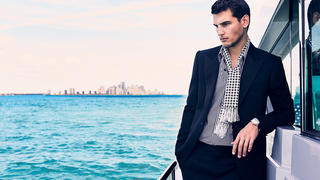 You should never judge a book (or a charter guest) by its cover, advises Kristin Ducote...

A bottle of Louis XIII, two cases of Cristal champagne, three pounds of Royal Ossetra caviar, a veritable herd of Japanese Kobe steaks… the provision list went on, page after page of every conceivable luxury consumable. Clearly these charter guests had expensive tastes and a bank account to match. To a yacht owner starting out in charter and looking to build a long-term following, it sounded like a home run – until about a week before the charter, when the passports arrived.

We didn’t need to read the name on the first passport; the photograph was enough. It was impossible not to recognise the famous face of this rock star, who had an even more infamous party reputation. He was bringing his A-list girlfriend with (if you believed the tabloids) a penchant for drinking, plus an entourage of lackeys and, at the bottom of the pile, the worst of all: his band’s drummer! Now everyone knows that drummers are the most ill-behaved members of society. I can confirm this as I’m married to one. I still give my husband a hard time about his college rock band days.

As panic over the guest roster set in, our first thought was to cancel the charter. However, all of the exorbitantly priced provisions had already been purchased and our charter broker informed us that, given the short timing, our potential guests would undoubtedly sue. Great!

It was impossible not to recognise the famous face of this rock star, who had an even more infamous party reputation.

Our family had just decided to dip a toe in charter water and, with this situation – any yacht owner’s worst nightmare – we instantly remembered all the reasons we’d initially vowed never to charter at all.

The charter commenced. We requested an extra damage deposit and hired another crew member whose sole job was security – both to protect the guests from alcohol-induced injury (no jumping from the flybridge at midnight!) and to safeguard the boat and its delicate furnishings. To our surprise, however, our extra measures were unnecessary.

After 24 hours of straight sleep, the charter guests emerged and our crew was able to sweep them into a slew of outdoor activities. Some went deep-sea fishing, some took to the jet skis and paddleboards, others tendered to land for a beach hike and Pilates on the sand. By dinner each night, after feasting on the fresh fish they’d caught, they were exhausted and had little energy left for the epic parties we’d expected.

What did we learn? In the future, we’ll definitely require passport details earlier in the process. But more than that, we won’t be so quick to panic. If we’d let our fears take over, we would have not only missed out on the charter revenue, but also the relationship. These guests have already promised to come back, and our crew couldn’t be happier. Not only was it a fun-filled trip, but our crew still talks about the fat tip, not to mention the after-charter feast on leftover Kobe steaks!

Darling on deck: Kristin Ducote's guide to getting back to basics on board

Darling on Deck: Kristin Ducote on how to fall back in love with your boat