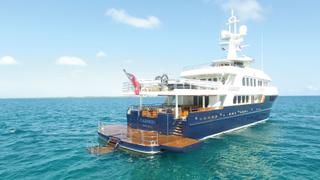 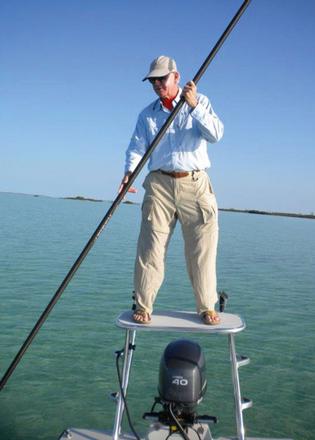 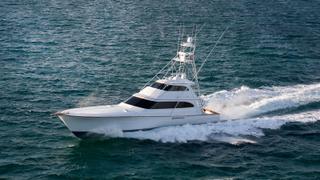 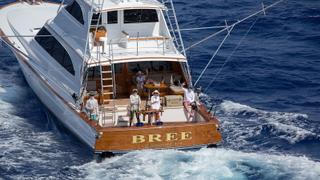 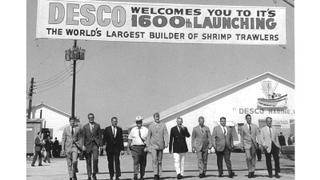 On board with Randy Ringhaver, serial yacht owner and president of Ring Power Corporation

Fishing and boating have been lifelong passions for superyacht owner Randy Ringhaver, the president of Ring Power Corporation. He tells Cécile Gauert how he got hooked...

Fishing has been a big part of Randal “Randy” L Ringhaver’s life seemingly forever. It all started while he was growing up around his father’s shipyard in St Augustine in northern Florida.

By 1952 that shipyard had become the world’s largest builder of shrimp trawlers, powered by Caterpillar engines, with the slogan, “The sun never sets on a DESCO trawler.” Actually it would – eventually – but by then, Randy’s father, LC “Ring” Ringhaver, had parlayed his relationship with Caterpillar into a new business venture and established the first iteration of the Ring Power Corporation.

Ring always had a job for young Randy to do. Today Randy is the chairman and president of the family-owned Ring Power Corporation – a multifaceted company and one of the southeast’s largest Caterpillar dealers. But the first paying job he ever got was sorting nails at DESCO when he was eight years old. “I worked just about every aspect of the boatyard until my mother found out I was using saws, and that was the end of that,” he says.

In his free time, he did what many boys his age growing up in the waterlogged state of Florida do: he tried fishing. “My dad gave me a hard time because I spent my whole week’s salary on a rod and reel.”

LC Ringhaver knew all about building boats efficiently but had no inclination to go boating or fishing. “These were different times,” says Randy, who inherited his father’s charm, business acumen and knack for entertaining but, unlike his dad, caught the boating and fishing bug early. “As a young kid, I’d modified a little 4.3 metre wooden boat with a 7.5hp Johnson on it. I spent every weekend riding up and down the Intracoastal Waterway, fishing for trout and bluefish and Spanish mackerel, but never ventured out of the inlet. I called it The Wanderer. I think it got me into trolling,” he says.

Many years on, he still remembers the day fishing became more than a child’s pastime. “I was about 12 years old and I got invited to go offshore fishing by Mr Kinsey, a St Augustine businessman who had an oil supply business there and I knew his two sons pretty well. He had a little old sportfisher, a single-engine job. We went out of St Augustine, hardly out of sight of shore, and his son caught a sailfish that day. On our way back in another sailfish came up. I couldn’t talk, I was so excited. We ended up going back there, dropping the bait back to him, hooking up and giving me the pole. And after that, I was kind of hooked.”

It took a few more years for Randy to get into serious saltwater. After earning a business degree to round off his hands-on experience at Ring Power, where his older brother Lance also worked, he met an angler who became a friend – and his mate of 20 years. Fishing was ancillary to his work life but he always managed to combine the two. From a young age, he was instrumental to the growth and diversification of the family business, but continued to fish anytime he could for pretty much whatever would bite. The tools gradually got bigger.

From a 8.5 metre Bertram he went to a 10.7 metre Bertram, which he had when he met Paula, his wife of 41 years, on a blind date. As luck would have it for a man so fond of fishing, Paula, who’d never been on boats before this, really took to it, learning to cope with rough waters and diving right in. “Back then, nobody fished with lures, so we had to catch our own bait. My wife got involved in it. We all learned how to sew up mullet and mackerel and squid, and rig ballyhoos, and make up the wire leaders. It was a project. When we couldn’t fish, we had plenty to do tackle-wise, and when the weather was right, we’d go catch our own bait.”

On our way back in another sailfish came up. I couldn’t talk, I was so excited.

One of the boats they owned was so special to them that they kept it for 20 years. It was a 15.2 metre sportfisherman custom built in Randy’s and Paula’s backyard, at the Huckins yard in Jacksonville. “We had a lot of interest in putting my personal design into the boat we wanted to build, so we chose to build it up here,” he says. “Prior to that, we hadn’t really fished but a few little tournaments. But that boat’s fishability and speed and everything gave us a competitive edge. We started being in a lot more tournaments.” They took the Huckins to Venezuela, to this day one of his favourite fishing spots. “That was the best all-around fishing for the variety and the number of bites.”

They named all their sportfishing boats after their daughter, Bree, whose 21st birthday party was planned on the Huckins. After many years of adventures, the Ringhavers decided it was time to let go. The next boat was a 17.7 metre Merritt, followed by two custom 72s.

The current Bree is an 26.2 metre Merritt with enclosed bridge and, of course, a pair of Cat engines. The close business relationship with Caterpillar is what got Randy and Paula into their largest sportfishing boat. A few years back Caterpillar was developing new engines, and Randy thought a sportfisher winning tournaments would be a great way to showcase the power within. Caterpillar ended up scrapping the launch, but the boat project was so advanced, Randy decided to go ahead anyway, powering the new Bree with twin 1,930hp Caterpillar C32 Acerts.

“Everybody said we were underpowering our boat. But it turns out she runs a 30 knot cruise, and can cruise up to 32 with a little bit of push. That’s all we needed, and we got a lot more fuel economy and a super range on [these engines]. They can go from Bermuda to St Thomas without having to use a bladder, so a lot of good things came out of smaller engines, conservation of fuel and cleaner burns. We’re happy about all that.”

Bree won a daily award at the Sea Horse Anglers Club Billfish Tournament in July, part of the Triple Crown Billfish Championship, which the Bree team has done for years. “Somebody asked my captain one time, what kind of fishing we liked to do. He said, ‘whatever’s biting,’ which is kind of true… I just really like it all, although most of the stuff we do is geared toward billfish, blue marlin, white marlin and sailfish.”

Aside from their personal fondness for fishing, the Ringhavers continue the tradition that the late LC Ringhaver started when he was running the company – to put on a good show for the customers. And the boats and fishing have proven a good way to do that. “I get a big kick out of bringing people out who have never caught a billfish, to watch them catch one and get it on video. I enjoy watching them do it as much as I enjoy doing it myself,” he says.

There is excitement in billfishing but it does require a lot of patience, especially when it comes to one elusive species. “I think marlin fishing is a whole different deal than most of the other fishing. You can get in some pretty long fights. I have fought them for as long as five and a half hours. When you get in a chair with an 80lb class rod and reel for five and a half hours, sitting at 30lb of drag, you’re going to feel it.” It’s an experience that only comes once in a while. “Fishing for marlin is a lot like deer hunting,” he adds. “It’s a lot of time over target. Sometimes you don’t get a bite.”

Over 25 days in Bermuda last July, the Bree team caught three blue marlin and two white marlin. “That’s pretty slow action, so I tell people, ‘if you want to go marlin fishing, you’ve got to have a lot of patience and you have to be ready, and you have to be physically in shape for it.’”

Randy obviously likes the thrill of a duel with a feisty fish but decries the way many tournaments have gone: busy, complex and expensive, from the entry fee to the lures used. The payoffs can be very high, but so are the stakes. “You feel like you’ve put a lot of pressure on your crew and mates. You’re invested in this deal now. We just do a limited amount of them, primarily just to keep everybody on their toes. If you win, that’s great. There are people who try to make a living out of it. We’re not on that plane. We’re a little more laid-back. If somebody loses a fish, they lose the fish… I still believe in keeping it fun.”

With so many years of fishing and tournaments under their belt, Randy and Paula have developed a hankering for some new experiences. “Trying to fish some different places has also become a goal of ours,” he says. They bought a 149ft Newcastle last year, a part-built project that the original owner had listed for sale. They named it Carson after their granddaughter, who was born on the day they signed the contract. They are putting the final touches to her after taking her to the Bahamas, Bermuda, twice to the Virgin Islands and home to St Augustine.

The mothership has opened new avenues for these doting grandparents, who have framed pictures of the family as favourite ornaments on board. They talked about going to Cuba last year, where the Ring Power Corporation’s entertainment services division supported the Rolling Stones on tour in Havana. But the trip was put on hold when Carson’s captain reported that the infrastructure was not quite ready. They’ll wait a bit and in the meantime they’re making plans to go to the Mediterranean in 2018.

“We want to try some new water, and the fact that you’re fishing someplace and 15 other boats [aren’t] there at the same time is interesting,” he says. “Then, we like cruising too. Even on a sport fisherman, we like just going and checking out some spots. I sometimes take a break from [fishing] and jump in the water and throw a tank on and see what’s down there.”

Although at times it sounds like it, Randy Ringhaver is not ready to hang up the poles yet, on the boat or at Ring Power, but he does mention writing a book. “There are so many stories to tell.”

On board with Milton Sender, owner of catamaran WindQuest

Darling on Deck: Kristin Ducote on how to fall back in love with your boat