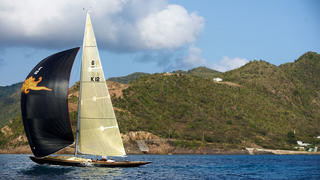 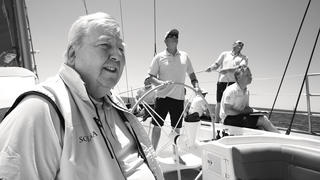 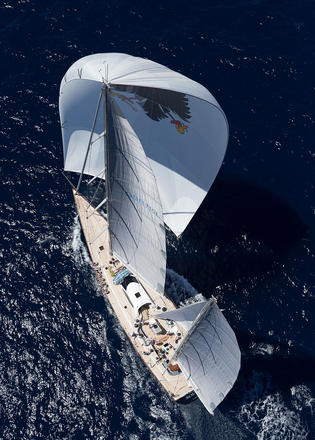 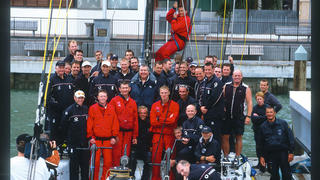 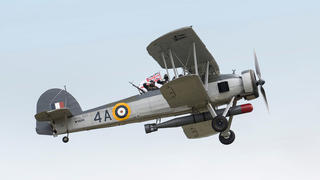 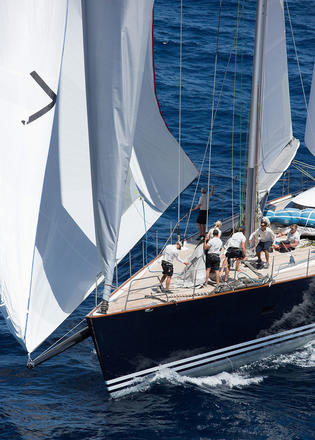 Sir Peter Harrison sits at the head of his dining table in his home in the leafy lanes of Surrey in southern England and quotes Brutus from Julius Caesar:

“There is a tide in the affairs of men,

Which, taken at the flood, leads on to fortune;

Omitted, all the voyage of their life

Is bound in shallows and in miseries.

On such a full sea are we now afloat;

And we must take the current when it serves,

Or lose our ventures.”

The recitation reveals many layers of the man. For one thing, it is accurate to the last comma. Harrison, who will turn 80 in 2017, recalls even his life’s smallest events by month, sometimes by day, as well as the names and peculiarities of an eight-decade cast of characters, from the leader of his scout troop to union reps with whom he grizzled out deals in the 1970s. The years seem to have strengthened his synapses – his occasional digressions offering glimpses at great reservoirs of knowledge.

The Brutus quote also typifies his imaginative and bold career. He wrote it at the bottom of a letter to the UK Home Office in 1976 (it was December, he says), when his company was a small fish vying with the all-powerful British Telecom for a career-making computer networking contract. “I didn’t think the British Telecom people would ever say anything like that,” he says. Indeed they didn’t and he got the gig.

But it is sailing that elicits the quote as we sit in his dining room on a stifling summer afternoon, the table piled with tomes about boats, the cabinets and desks cluttered with trophies and pictures of his on-water victories and 35 metre yacht Sojana alongside snaps of his children and grandchildren. And, of course, his 2000 America’s Cup bid.

“My first time on the water was on the Norfolk Broads,” he says. “I was with the scouts. We went into Wroxham Broad. Wow! It seemed like a mini sea. We had no books or charts telling us what time the tides were. It is about 30 miles inland from the sea, but it comes up those broads.” It was a fiery baptism in steering and navigation – something he still enjoys in the age of GPS.

Harrison grew up in Cheadle, Cheshire. The family owned their house, his father returned to a secure job as a bus driver after war service (he was evacuated from Dunkirk) and his mother worked as a seamstress. “I was conscious even in those early stages of the pressure of constantly being able to earn enough money to pay the mortgage,” he says.

There wasn’t enough cash for university so he became a clerk, took a correspondence course – and was a chartered accountant by 21. He didn’t love accountancy but it snagged him a job at Ford, which worked him hard and taught him about “forecasting market sizes and volumes, product development, what sort of products we should have to meet those particular demands”.

Armed with new-found business nous and experience, he moved to the multinational Firth Cleveland before, in 1971, joining Crest Nicholson, a conglomerate that was diversifying. During this period Harrison sailed when he could – a customer lending him a boat for a cruise in Greece in 1976 and later acquiring a Farr 50, a Farr 52 and eventually a Six Metre called Nada (pictured top), which he still owns and which looks like “a little J Class”.

One of their acquisitions was the now defunct Camper & Nicholsons shipyard in 1972 and Harrison was made chief executive. He came up against distrust from senior staff. “One of the directors said to me: ‘Are you a boatbuilder, Mr Harrison?’ He knew I wasn’t, of course. He was taking the mickey. I said: ‘No. I’m assuming you’re the boatbuilders. I’m a money builder. So I hope together we’ll build good boats and good money.’” It was resistance to change by the unions that, according to Harrison, proved fatal to the business.

Another nautical investment was so much more successful that it would eventually earn him £300 million. In April 1976 Crest Nicholson and Harrison (with a 25 per cent stake himself) bought Chernikeeff, a log system manufacturer founded in 1921 by an officer in the Imperial Russian Navy. The instruments measure the speed and distance of ships at sea and Chernikeeff’s version was special because it could be fitted securely through a valve in the hull of a vessel, as opposed to earlier impellers, which dragged behind vessels, their accuracy affected by the boat’s manoeuvres. The Royal Navy used them and he could see a market in the expanding navies of nations such as Malaysia and Indonesia.

But there was something else about these gadgets. “Interestingly enough, we were using the Texas Instruments 660, an early form of microprocessor,” says Harrison. He realised their potential in telecommunications and – more convinced than his colleagues at Crest Nicholson – bought their 75 per cent of Chernikeeff and decided to go it alone. Then he developed the Autex Telex message switching machine, which computerised the process of transmitting Telex electronic messages, making it easier and more efficient. Harrison’s savvy salesmanship eventually landed lucrative contracts including BP, Shell, the British ECN (emergency communications network) and many more. The next step was taken with Cisco Systems in the nascent Silicon Valley, introducing LAN and WAN – local and wide area networking. Chernikeeff introduced Cisco products to the UK in 1988.

By that time the internet was called the internet, and the company had serious value. Harrison sold out to a South African company in 2000 – and that’s when the fun began. He had two major goals: a charity and an America’s Cup bid. The former was designed with longevity in mind. “I don’t want to distribute the capital. I like the idea that that will continue out of income for the next 100 years,” he says. The Peter Harrison Foundation, focused on the personal development of disabled and disadvantaged young people, has given more than £39.6 million to about 750 charities over 15 years. Harrison is still excited about all this – he drives me around his local school, pointing to the massive sixth-form centre he has financed through the fund.

Since 2011 there’s been a second branch to his philanthropy, the Peter Harrison Heritage Foundation. Its projects have included restoring the oldest surviving Fairey Swordfish bi-plane – an unsung hero of the sinking of the Bismarck in 1941, as Harrison notes – to full flying condition.

An America’s Cup campaign is the quest for a different sort of immortality. In 2000, Harrison launched his bid, Britain’s first since 1987. “I bought the Japanese Nippon Challenge boats, which they’d raced in 1995 and that gave us two boats to practise on,” he says. Under Cup rules you have to build your race boat in your own country and, with 119 staff based in Cowes on the Isle of Wight, the GBR Challenge Team built two boats – GBR 70, known as Wight Lightning, and GBR 78, or Wight Magic.

Staged in New Zealand, things started well – the team won eight races, including four in a row. In tank-testing Wight Magic, which had an unusual tandem keel, looked as if she would allow them to sail tighter to the wind, but there had not been time to build her. Suspecting this might be their secret weapon, Harrison spent another £5 million rushing her into build.

It turned out she was less predictable on the water than they’d hoped and, in the quarter finals, lost 4-1 to Dennis Conner’s Stars & Stripes, of the New York Yacht Club. “In retrospect we were really too short of time,” Harrison says. “We were learning but we didn’t have enough time to make any major changes. The Italians were chopping the end off, putting another end on and all that sort of stuff.”

The newest incarnation of the Cup, with super-fast foiling catamarans that sometimes appear to fly above the water, seems like a very different game. “I did like the old monohull, because you can do turning and tacking. With multihulls you can’t do quite the same thing,” he says. “But on a broader reach they come out of the water and they’re faster, they’re going 40 miles an hour plus or thereabouts, so for a spectator, the uninitiated shall we say, it looks more exciting. And it certainly fits TV better.”

Does he have any advice for Sir Ben Ainslie, whose Land Rover BAR team will represent the UK in the Cup next year? “Well, I’d be very reluctant to give a four times Olympic gold medallist any advice, but there are always more surprises than you think. You have to be prepared for anything and everything.”

Harrison will be in Bermuda to cheer Ainslie on, with his ketch-rigged Sojana, designed by Bruce Farr and launched by Green Marine in 2003, fresh from a refit. It has been a case of sprucing up, rather than ripping out, retaining the mahogany “gentlemen’s club” feel below decks. Sojana is fast – she has crossed the Atlantic in nine days and 10 hours and she can reach 20 knots in a good following wind – and Harrison prefers racing to cruising. Even ostensibly leisurely trips to Mallorca or the Ionian islands seem to end up in competition and his season is booked up with races. “I’ve always been very competitive,” he says. “At school I played football and cricket. I was the only boy who was in the football XI and the cricket XI in the same year.” Although it seems as if his Shakespeare lessons were just as great a rudder in steering Harrison’s course in life.