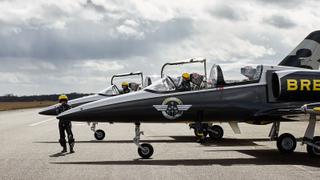 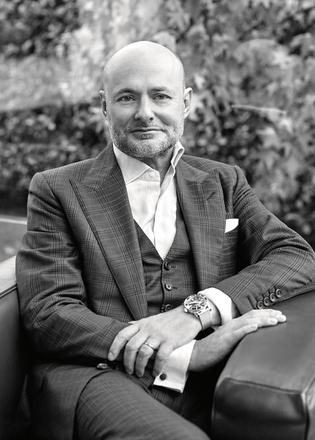 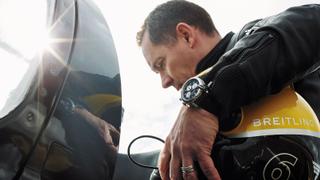 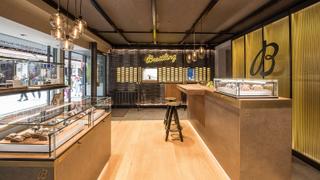 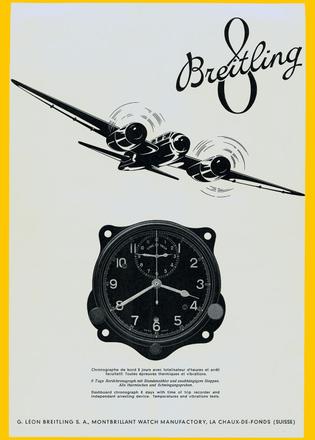 Back to the future: Georges Kern, CEO of Breitling

Georges Kern completely revamped IWC Schaffhausen (part of Richemont Group) and turned it into a roaring success. Now, as CEO of Breitling – the Swiss brand best known for its uber-masculine pilots’ watches – he is working his magic again, with big plans to revitalise the 134-year-old company. We meet in New York – a stop on his worldwide tour – the day after a celebrity-studded gala staged to show the firm’s new watches as well as 60 vintage timepieces.

Razor sharp, both in elocution and sartorial style, Kern makes an immediate impression. And he’s determined to outline his core message: Breitling is not just about aviation, he tells me. “It involves sailing, skiing and many other things. Water, earth and air are the elements of the brand: boats, cars and planes.”

Kern has plans for an extended family of ocean- and land-oriented chronographs and automatic watches, which he hopes will move the brand beyond its current niche. Part of that process is streamlining an unwieldy product line: “The brand was too complicated,” Kern says. “There were so many rubber straps, you were exhausted by the complexity. Too much choice is no choice. And we’re going to simplify the design of the products themselves.”

Following through on this vision, he has set about reorganising the watches into tightly focused categories of air, land and sea. There will now be four collections: the Navitimer range of pilots’ watches; the Superocean line of divers’ watches; and the Chronomat series of super-rugged timepieces – plus an upcoming line, as yet unnamed, of elegant dress watches.

Big pilots’ watches have been Breitling’s bread and butter since the 1980s, but when digging into the firm’s history, Kern discovered it had also produced smaller and dress watches, as well as versions for women.

“Breitling products from the 1930s to the 1970s are not known to the public, only to collectors,” he says. “But we had some phenomenal designs, which were way ahead of the game. Frankly, nothing needs to be invented. I could open a drawer and do 30 launches, there are so many great things.” The new watches incorporate dial and bezel details from historical pieces: creative director Guy Bove (who played a key role in Kern’s success story at IWC) has refined the dials to mirror the printed ones from the 1940s.

Surprisingly, the brand’s winged B logo has gone. To explain the rationale for these changes, Kern cites the example of Ocean Heritage, a diving watch from the 1950s with a retro look, which he says illustrates precisely what the world is all about today. “People are going back to basics. They want simpler, less shiny, more reassuring products.”

As well as streamlining the brand and updating the watches, Breitling is redesigning its stores. The new boutiques will be “lofts”, intended to be more welcoming and relaxed retail spaces. The first recently opened in Zermatt. “We need to be an informal brand,” Kern insists, “we are not a classic thick carpet kind of company.” Along with industrial and retro touches, the new stores will come with pool tables and accessories such as motorbikes.

One of Kern’s chief preoccupations is a radically new advertising campaign. “When I walked in, this was the first thing I changed.” In his view, the previous ads were old-fashioned, “sexist” and “unacceptable”, being centred on “blondes with boobs”. Instead, the new multi-million-dollar campaign will feature teams of ambassadors that represent different facets of the brand. The first, the Cinema Squad, includes Brad Pitt and Charlize Theron. Next up is the Explorers’ Squad, with the Swiss balloonist Bertrand Piccard, Arctic guide Inge Solheim, and environmentalist and adventurer David de Rothschild. (Kern has known de Rothschild for many years, and has campaigned with him to raise awareness about the plastic pollution of the world’s oceans.) After that will come the Surfers’ Squad, which will feature world champion board riders Stephanie Gilmore and Sally Fitzgibbons.

His overriding ambition is for “the touch and feel” of Breitling to change totally and to become much more contemporary. The boutiques are a step in that direction. And the advertising will be “different and so cool”, in both print and digital formats. “By the end of the year, I don’t think you will recognise us.”

“When you buy a product, you buy a brand,” Kern tells me. “And it needs to be a cool brand. Nobody cares about a novel new movement. They want a reliable movement at a competitive price, but a strong brand is the key ingredient. And to be successful, you need a package: a clearly defined product, cool design and an inviting point of sale.”

Kern believes that experience and instinct are invaluable. “I have a great team. And I’ve been doing this for 25 years, so I have a gut feeling of what to do. Twenty years ago, I wouldn’t have had a clue. But with an experienced team, you come to conclusions very quickly. At the end of the day, it’s common sense, not rocket science.”

Inevitably, experience has also led Kern to some conclusions about the future of the watch industry. When I ask about the likely importance of smart-watches as opposed to mechanical watches, he is emphatic: “Nowadays, a watch is not a commodity, because you don’t need it to tell the time.”

A watch, he insists, is a statement. It embodies feeling and emotion. And it can become a repository of memories. “Maybe you were wearing it on the day you first met your future wife?” His confidence is unshakeable. “I firmly believe that the mechanical watch will be with us forever.” Only time will tell.

Up where they belong: The best pilot's watches